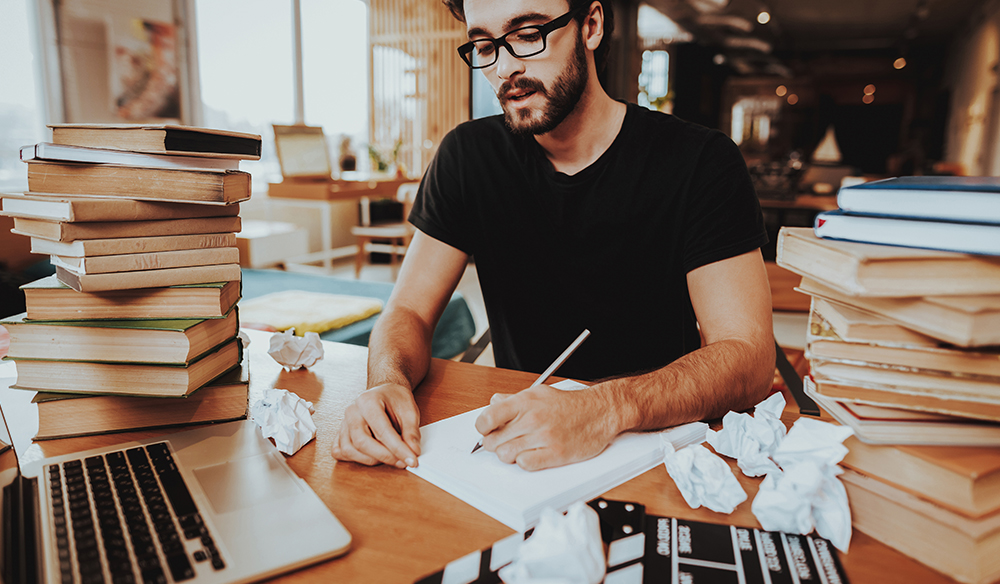 Are Screenwriting Contests Worth It?

Are screenwriting contests worth it? The age old question among screenwriters. It is almost an impossible task to break into the world of screenwriting. As screenwriter John August once said on his podcast, Scriptnotes, “It is easier to be drafted into the NFL.” And since, because the odds are stacked against everyone who wants to write for the big or small screen, any guidance into this particularly difficult arena is crucial. And one helping hand can come in the form of screenwriting contests. Winning or placing in a contest is a way to stand out in the overcrowded space, but are these contests really worth the price of admission?

Several people who enter screenwriting contests aren’t yet represented by agents or managers. We all know how difficult it is when you aren’t represented to get the industry to read your screenplay. Contests can help you get around the ‘unsolicited submissions’ barrier. Some contests have industry professionals on their judging panel. Others will make sure that the finalists’ scripts are read by specific managers, agents and producers.

Look at their websites to find out what they are promising to do for you if you do win or place highly with them. If you place in a contest, there’s a good chance representation will contact you for a meeting or more writing samples. That’s why if you do enter a contest, it’s imperative to have other polished scripts ready to submit. Contests can open the door to industry exposure, but it’s up to you to be prepared if Hollywood does indeed come knocking.

It shows that you not only know how to write scripts, but you know how to write great scripts. If you do decide to query managers or agents, being able to say you’ve won a contest will help you stand out from the huge amount of potentially awful scripts eating up space in their inbox. This works in real life as well. Being able to name drop a contest at a party or mixer will make any agent or exec more likely to ask for your work. If you can show that a reputable third party has given you their stamp of approval, you’re not just some rando, you’re a rando that can write. The value of the contest win will depend on its reputation in the industry. Placing in the quarter finals of the highly regarded Nicholl Fellowships has more value than winning a very small, brand new contest that no one in the industry has heard of.

Contests Are A Great Excuse to Hit Deadlines

It can be easy to procrastinate writing a script if no one is forcing you to. But knowing there is an upcoming contest deadline can help get your wheels in motion to finally type fade out on draft one or complete that rewrite. Most contests run at the simultaneously every year so you can plan ahead. Even those that don’t, should give you ample time between their launch and last submission deadline. Knowing you need to get your script completed and polished by a certain time can be a great motivator.

Many Screenwriting Contests Have More To Offer Than Just Cash

As every struggling screenwriter knows, money is important, but so are meetings with veteran writers, execs, managers or agents. If the contest promotes more than a cash prize, like a one on one meeting with a Hollywood gatekeeper, there’s even more reason to enter. Anything that can help you get into the room, which is often a huge hurdle, is paramount. Many screenwriting contests offer cash prizes. However, those offering just cash but no exposure to the industry are to be approached with extra caution. What you need most is to get your script read by the people who can really help your screenwriting career. With that said, a big cash prize might buy you the time off from your job to really make strides with your screenwriting.

Some Contests Offer Feedback At No Additional Cost

Personally, I usually go for the feedback. That way, even if I don’t place, I’m given a reason as to why, and that reader or readers’ feedback can help in my next draft. It helps me feel like I’m getting something out of it even if I don’t win. Feedback is also a great way to see how the industry is reacting to your material as a whole. Do they understand your voice? Do they understand your ideas? Are you getting the same note again and again?

At the Screenwriters World Conference in Los Angeles, there was a section dedicated to ‘Making the Contest Cut’ but how do you know which, if any, you should be spending your Benjamins entering? Though it’s easy to know which contests are the most prestigious (20 Best Screenplay Contests Worth Entering), it’s hard to determine which smaller, lesser known contests might be worth your hard earned money.

Screenwriting contests can be useful for:

Gauging where you are among the other screenwriters. Keep in mind, they are subjective, so don’t lose your mind if you do well in one and get nowhere in another.

Are They Worth Submitting To?

Are screenwriting contests worth it? Based on the information given, some of them are. It’s up to you to do your homework and research them. Make it a part of your strategy to get your screenwriting widely read in the industry. Budget for them and plan ahead so that you can get your screenplay ready and polished in plenty of time.

For me personally, when determining whether or not contests are worth it, the answer is easy: Yes! Contests are an incredibly valid way to get exposure and maybe even some cash for a well written script. But this isn’t to say all contests are worth it. There are many contests that are just not worth your time and energy.

There are a few guidelines I like to adhere to when considering entering any contest: To begin, I take a close look at who is judging the scripts. Are they veteran industry professionals or unpaid interns? It’s also helpful to look at the careers of past winners after winning. Have they signed with any managers or agents? Have they sold a screenplay? Do they currently have a project in development? And last but not least, read the fine print. Like any transaction, you want to make sure you’re getting what is advertised. Be cautious of contests that claim to “own” your material.