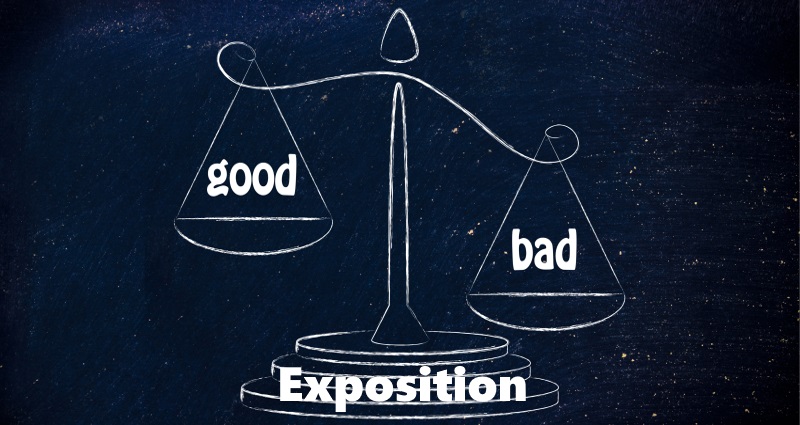 Who could forget the famous opener “Once upon a time…” or the iconic Star Wars sequence “In a galaxy far, far away…”? Exposition is needed in every movie. It’s an art form to be able to write effective exposition. These 9 steps to writing great exposition in film will teach you how to best introduce characters, backstory, and plot points.

Background information the audience needs to know for the world of your story to make sense is a literary term known as exposition. The technique of providing this kind of information in a story or film is another way to define exposition. The beginning of the story is where exposition is most common. It involves things like character introductions, set details and dialogue.

What’s The Purpose Of Exposition?

Illuminating the motivations, the crucial details and circumstances of film’s characters is the main purpose of exposition. So that the audience understands the central dramatic narrative, effective exposition is there to provide vital interesting information. To foreshadow an important event or to justify a character’s skills and decision, exposition can be used.

How To Write Exposition With 5 Different Techniques

The background of characters and events in a movie can be conveyed in many ways. These are the most popular types of exposition:

To show how effective exposition can benefit a film and captivate an audience, here’s five examples of exposition.

Now that you know the world of your story like the back of your hand, it’s time to put it on paper and share it with audiences. Try the following tips for effective expository writing if you’re struggling with finding a good starting point or balancing how much information to present.

Following these 9 steps to writing great exposition in film will help make your screenplay a better read.

As you know, this site is dedicated to helping screenwriters. Leave a comment to make the content easier to find for other screenwriters.