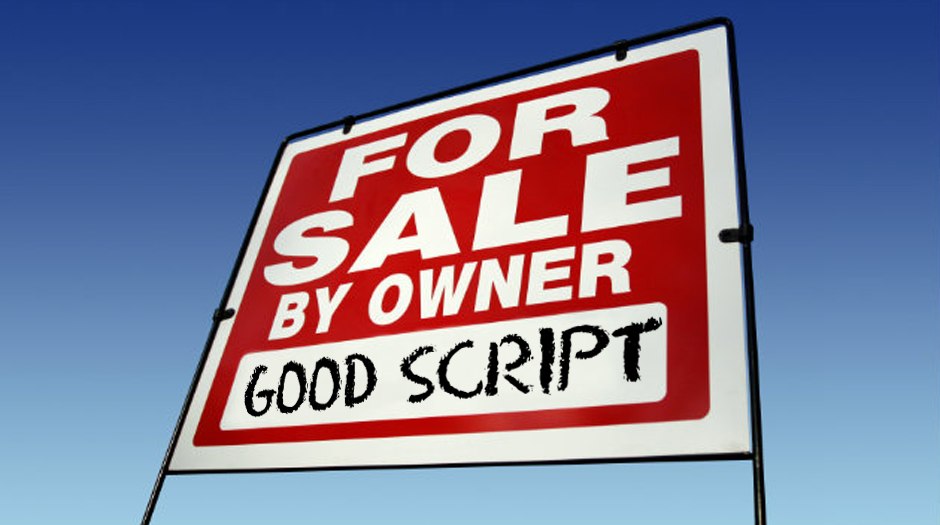 I didn’t stutter. You read that right. I know what you’re thinking. You’re thinking why would I buy movie scripts? They’re just blue prints to the movie. Let me be the first to tell you you’re wrong. That’s okay though because being wrong benefits you tenfold and in this post I’ll break down 10 amazing reasons to buy movie scripts.

First on the list of 10 amazing reasons to buy movie scripts is that it’s just a story. If you’re letting what society has brainwashed you to think stop you from reading scripts, then allow me to rewire your brain. A script is a piece of art in and of itself. It takes extreme skill to craft a well written script. At its essential core, a script is just a story. Format’s different, but it’s telling a story and to be honest, I prefer the style of writing that a script offers compared to books.

I seem to recall reading quite a bit of Shakespeare’s plays back when I was in high school. I’m pretty sure everyone has. From Hamlet to Othello to my personal favorite Love’s Labour’s Lost.

Do you understand what happened? You were conditioned to think it’s normal to read plays… and it is!

Plays are nothing but stories written in a different format. They’re just like scripts. But since nobody has spent time reading and analyzing scripts in their high school English class, it’s seen differently.

That’s a problem and I’ll tell you why in reason number 2.

As I previously mentioned, nobody’s English teacher had their students read through the great scripts written by screenwriters and because of that, scripts are seen differently than plays, books and even short stories.

Since they’re seen differently, the idea of buying and reading scripts is taboo to most people when it shouldn’t be. One of the most popular mediums of our time is film and television.

If people are willing to devote countless hours watching them, then why wouldn’t they be willing to read them?

If you’re a screenwriter and you buy scripts to read, you’ll be doing your part in normalizing something that should have been normalized decades ago.

But wait, you think I’m writing this because I’m trying to get you to buy my scripts. Well, I kind of am, but you’re a fool if you think this doesn’t benefit you as well.

If you’ve got scripts that you’ve written, there’s absolutely nothing stopping you from selling your scripts the same way I’m selling mine.

This brings me to my next point.

Buying scripts encourages screenwriters to continue writing and make a living directly through their art; the script.

This is a good thing because it allows screenwriters like yourself to work independently.

What’s more, this saves screenwriters from falling prey to scammers only interested in using screenwriters’ passion for their own monetary gain.

It’s sad what many have to go through just simply practice their art. I was once a victim of a scammer that walked away with my $500. It pisses me off to this day and I don’t want people to go through what I went through.

That’s why I created the Rave Scripts platform and let me tell you, if I get the necessary support that I need, I’ve got big plans for my fellow screenwriters out there. My plans are revolutionary and will change the face of the screenwriting world forever. But it all starts right here. So if you’re able to subscribe, please do so. Help me help you.

4. Build Up Its Worth

If you’re a frequent visitor of this site, then you’ve heard me talk at length about how important it is for screenwriters to build up the worth of their scripts.

When people hear that I’m selling my scripts for money, it’s easy to leap to the conclusion that I’m a grifter of some sorts.

That couldn’t be further from the truth and if I’m lying about this, may God strike me dead instantly and swiftly.

I sell my scripts to build up the worth of script. Take this example.

When screenwriters pitch their script to someone, what’s the last thing that they would expect to hear from the writer? That the script that they’re pitching has been downloaded 17,000 times or that the script has made $17,000.

Why is this important?

This shows to the person that you’re pitching to, that there already is an audience for that script. It shows that that script has already made money. Because of all that, it shows that if that script were to be produced, it could potentially make even more money in the box office assuring the studio makes a return on investment.

By selling your script, you’ve already done the ground work way ahead of the studio in terms of marketing. You laid the foundation in which the house can be built on.

More importantly, if the person you pitch to rejects your idea despite all that, you still walk away with money in your pocket.

Buying scripts can help build up that particular script’s worth.

The fifth reason on the list of 10 amazing reasons to buy movie scripts is because in doing so, you increase the script’s value.

How many times do you buy things that have no value? I hope the answer to this question is never.

You only buy things that you like and hold value to you. Well it’s the same with studios. They buy stories that have inherent value. They mine for such stories from comic books and they turn to authors for their work.

Meanwhile, the majority of screenwriters are stuck playing the zero sum game.

What do I mean by zero sum game?

I mean that screenwriters are brainwashed into having to sell their scripts that have no value at all.

It reminds me of a Beavis and Butt-head clip I just watched where they’re going door to door trying to dupe people into buying a butt scratcher which is really a coat hanger for five bucks.

The value of that script isn’t worth thousands of dollars. Sorry to break it to you.

“But Osaji, aren’t you trying to sell your script to us which is really just a stack of paper with words on it?”

There’s a big difference in what I’m doing. I’m not selling my work for thousands of dollars. I’m selling my work for $4.99 a month. When you consider the amount of money it takes to package the magazine and put it together, I’m actually underpaying myself. The art for the cover cost $200. Compare what I offer to what comic books offer and I’m REALLY underpaying myself. Luckily, I have other revenue streams so it’s alright.

So if you read a script that you like and you’d like to see on the big screen one day, buying it will increase its value which will also increase the likelihood of it being produced.

6. Increase Its Chances Of Being Produced

As I mentioned before, if something has high worth, high value and an established following, it’ll be produced.

This is how Hollywood operates. The language they speak is money. The sooner you learn that the better.

If you read a story that you like and you invested in it, you’re increasing the likelihood that you’ll see that script on the big screen one day.

Buying movie scripts or really anything is an admission that you the consumer want and like the product that you’re purchasing. Sales figures are a measurement used to indicate how well something is selling and the demand for it.

When producers see high sales when it comes to comics and books, all they see is dollar signs.

The 7th of the 10 amazing reasons to buy movie scripts is to learn.

Chances are that some of the scripts are unproduced scripts. If you buy unproduced movie scripts, they’ve probably been pitched before and were rejected.

You can use these scripts to learn from by seeing what didn’t work and avoiding those mistakes. Reading scripts aren’t just for the good scripts. It’s also for bad ones too.

All screenwriters should be reading good and bad scripts to help their won screenwriting.

Without a point of reference for good and bad, how can one achieve greatness within the craft?

Another reason why screenwriters should buy movie scripts are for the products.

If it’s packaged like my magazine, you can buy products that will help you as a writer or will just help your life in general.

I’ve set it up like a comic book. You’re not getting just the story. You’re getting products advertised to you too.

These products range from screenwriting specific tools like software and blue light glasses to the miscellaneous like windshield mounts, hand sanitizer, and coke.

The first issue of Rave Scripts only has the movie poster cover which cost $200 to have done. Future issues will have more art through out the magazine for the scenes in the script.

I’m trying to to compose a complete work of art that is more than just the script. The art is the most essential part of the my magazine as I think it’s what appeals people to reading my story.

It’s like when you’re window shopping and you see the mannequin wearing a dress through the window of the shop. It’s the first display that hooks them.

That’s what the art of the movie poster is for my magazine.

10. Make An Investment Of A Lifetime

The last reason on the list of 10 amazing reasons to buy movie scripts is because you could make an investment of a lifetime.

Action Comics #1 cost 10 cents in 1938. Today, if it was maintained in great condition, it’s worth millions of dollars. Could a script be worth that much?

It all depends on whether that script blew up in popularity. That script would have to be produced into a movie for that to happen.

Imagine if George Lucas took his script to Star Wars before it was released and packaged it to the public the way I packaged The Crimson Sly and The Rum Runner’s Gambit.

Do you know how much that script would be worth?

This is how I’m operating and this is why it can benefit not only the writer of the script but also the buyer. If you have the foresight, this can be a lucrative purchase down the line.

I already mentioned that you can buy movie scripts here, but I also offer some free scripts to read too. Free movie scripts can be found at imsdb and simply scripts.