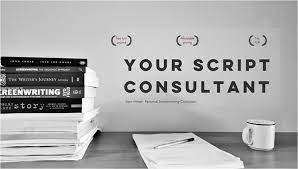 Do You Need A Script Consultant?

Many people confuse script consultant and script readers as if they are the ones you pay for notes and feedback in the film industry. Do you need a script consultant? You must know that they are a necessary part of finalizing the screenplay. Instead, there are hundreds of ways to break into the industry, such as contests, pitch sites, and screenwriting. The new tool that has been introduced for screenwriters is a script consultant.

What Is A Script Consultant?

Scrip doctor, script consultant, and story analyst are all different terms and you should have a clear understanding of the significant differences.

They provide an in-depth analysis in the form of script notes that could be a maximum of 20 pages. They give line-by-line notes on each page and suggest and highlight their concerns. Script consultants do not provide revisions on your screenplay or seek writing credit for any notes they gave that you choose to implement.

They provide revisions for scripts or are hired by a production company when an original writer isn’t available or unable to fix it. Script doctors are not credited and do work anonymously. Their identities remain secret for their entire career.

Story Analyst is also a script reader, and they write script coverage on your screenplay. Most screenwriters hire readers to evaluate their scripts so they can understand what an executive wants and a way to ensure their script is ready to pitch. The coverage they provide consists of a logline, an evaluated script with strengths and weaknesses, a boxed rating on story, character development, premise, visual appeal, and structure to rate them from poor to excellent.

You have to make sure what type of service you want; if you’re going to hire a script consultant or any other professional, understand it well first to get the appropriate result.

Are The Script Consultants Necessary?

Digital marketing is flooded with professional screenwriters, rewriters, script readers, script consultants, and script doctors. It is not recommended in the industry and is a highly debated topic to use a script consultant because there’s a perception that paying someone else for advice on your script is a big rip-off.

You need to understand while hiring them that if they were so good, wouldn’t they be professional screenwriters, producers, and managers? You can use a writing group to get feedback on your script, so why would you pay for the advice to the script consultant. If your creativity comes free in theory, you should keep in mind that writing success will be free too. If any consultant promises you success by using their service, it isn’t right.

Anyone can make such false promises; there is no such types in the industry. You can use many other tools, like screenwriting books and other educational tools that are extremely helpful in teaching the basics of screenwriting; they are rarely enough. No one is born being professional; it takes time to acquire knowledge to penetrate into the writing, training, and practice.

If you are a screenwriter, you can get advice from the well trained professionals of the industry to improve writing skills and learn what the industry is looking for and achieve a high level of writing. It can be highly beneficial in getting your script ready for market if you can afford to hire a qualified script consultant. You need an opinion from someone who has experience developing screenplays or a fresh set of eyes, especially when you are tired of using your reader’s network with old stuff.

It could be under circumstances that you need to finish it quick and get professional notes on your script to meet your deadline. You have to tell someone that your work is ready to go out into the world. You can have a straight forward note without sugarcoating and an honest opinion from a script consultant regarding your script, so compliments would be great when true.

Do Professional Screenwriters Use Script Consultants?

Professional screenwriters do not pay for feedback on their scripts at the advanced stage of their careers as they don’t need it. They have other professional writers along to give them honest advice like agents, managers, and producers. Though they have to pay for the advice to the agents and managers in commission, some are free.

The issue is that you may be unable to find out a professional script consultant to hire or you might have limited income or budget. So you can ask your professors, fellow writers, and agents of production companies for advice or use their consulting services. You can assist the producers if they have many projects to deal with in the development process.

You can work and charge per hour a day when the script consultant is hired by the screenwriter. It is the person hired for rewriting a script without forking over writing credit. They fix the screenwriter’s efforts anonymously and convert them into award-winning projects. Another form of a consultant who gives advice does the actual rewriting, but studios and producers do not use consultants.

What Makes A Good Script Consultant?

Some people are inspired by other professional and successful writers and love to get their writing advice, but not all produced screenwriters make good script consultants. The fact is that excellent consultancy requires a degree of patience, tolerance, hand-holding, and evaluation. The writing can sometimes be horrible. They also do not need to let the produced writer know what makes a good story. Script consultants have read thousands of scripts, many more than an average writer ever had. So the more they read, the more they learn.

These consultant readers the studios use to decide the fate of your script don’t have a screenwriting credit. Script consultants have no idea of moviegoers, industry expectations, and what a studio needs to make the story solid and effective. However, they read an incredible amount of scripts each week.

Finally, if you get some produced screenwriters whose work is produced on screen and have the skills to consult, it would be better to consult them. Sometimes, some writers are ready to provide you advice as they wish someone had given them when they were starting their career.

What If You Can’t Afford A Good Script Consultant?

Well, it’s all about money whether you can afford a script consultant or don’t have a budget for professional advice. When you are a beginner and don’t have any source of income to hire a consultant, then manage to do something else so your scripts won’t be wasted once they are done and get polished. A consultant can be a one-on-one teacher, and can be used as your education. The script can even be used for film school.

Most people invest money for a script consultant’s advice. Feedback, paid or not, elevate the quality of your screenplay. One thing is for sure, when you get a top production company to request your script, if it’s not the best, you don’t have a shot at a sale. You will be able to get a place in their database with the label ‘recommend, consider or pass so it can recommended in the future with your name next to it.

Hopefully, you have a clear understanding of the script consultant as there is a growing number of them on the market, providing you a window into what one does and it’s usefulness. All you have to remember when you are hiring a script consultant is to ask some questions first to get an idea of how qualified they are for reading your script and making notes.

Hollywood is tough and more brutal to break in; there are many screenwriters waiting in line for getting a single chance in the industry. You can try to break into it by becoming a professional screenwriter. You should try using contests and competitions. Do not hire bad contestant consultants as they aren’t worth your time and money.

Do You Need A Script Consultant?

The above article explains how a script consultant works and what it is worth in the market and the industry. They are hired individually and provide you notes on your screenplay as they are considered very experienced. They’ve read thousands of scripts and know how the scripts and stories work. They convert your script from poor to excellent, but the work done is paid; don’t forget that. You have to invest some money for their advice and opinions.

If you are on a tight budget and have no income source, ask your friend and writer groups on your script’s social media. They will send you feedback on your writing to modify things and make it worthy for the execs, industry, and producers. Production is an expensive process, and they spend millions of dollars on a film to shoot. There are also reshoots because no company is perfect with screenwriting. Find out your aim to enter the industry by searching online for relative jobs and becoming a part of it as you can assist the producer as a script consultant.