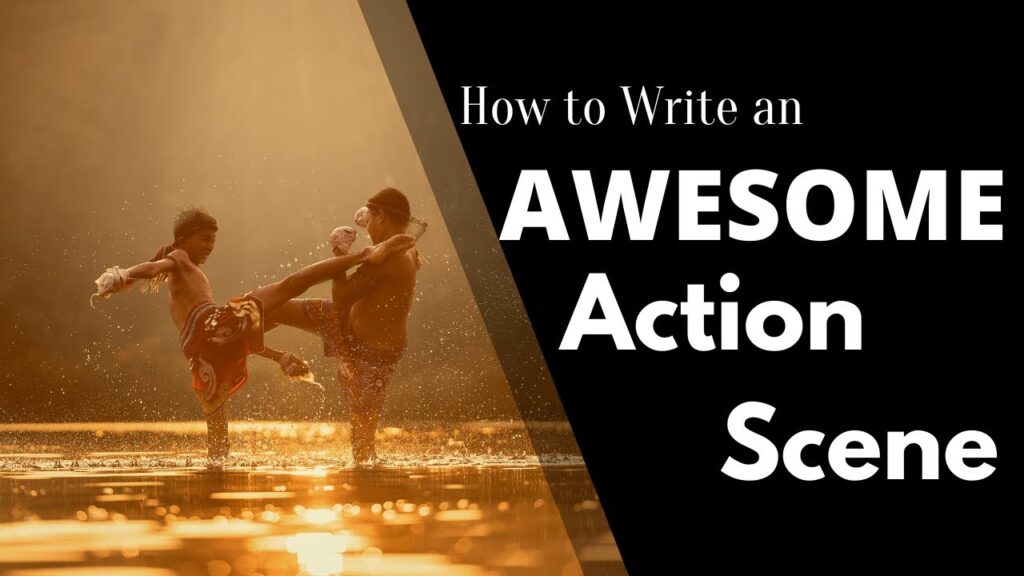 Screenwriting is challenging for a new writer and writing an action scene can be difficult too, but practice can make perfect. A good understanding of how to write an action scene can form a good script. Every movie needs climaxes and battles or chase scenes to get a successful story because it’s what the audience wants. Most people like to watch thrilling action full of explosions, blood pumping, and dynamic scenes that increase audience investment in the theater, but don’t know how to write an action scene in the same vein.

Putting the action scene in a problem-free or flat descriptive movie doesn’t make sense with an action sequence, so be careful while writing one for the screenplay. If you want to make your adventurous film more exciting and full of action, you can adapt some thrilling action scenes. Sometimes some scenes make the people excited and finger-biting but keep the balance in the story details and enough space to flesh it out for the reader.

Many writers can make this mistake when they exaggerate explaining the action scene and overload the scene or miss the drama and main event. Keeping the balance while writing the action scene would be a professional skill; you can find out different action scenes or fights with sequences. Whether the scenes are good or bad, they work effectively.

Action means fight scenes in the film; they may get many repetitions but fall into these four categories.

This action scene remains to the human body’s abilities and limitations like boxing, martial art battles, and straight brawls between good or bad guys. Explaining the fight sequence or action scene, one must know the skills or fighting styles before writing them.

The second category is based on the theatrical fight with weapons; just like sword fight scenes you may have seen in the movies earlier. All the electric weapon scenes can write such as guns, grenades, or other ammunition shows contemporary fights or action scenes. Of course, you must detail the weapon intensity and usage in the script for documenting the action scene.

3. Fights on the run

The third type of action scene can be a fight while passing or running through different locations and reaching climax. This type of scene can battle between the person on car or boats and bikes or other vehicles.

The other type of action or fight scene may involve superpowers of the story’s character like superman shows strength by using his superpowers. On the contrary, supervillain also uses superpower, but with negative energy; this must be explained in the script while writing for an action scene. You can thrill the audience by creating the action scene across the boundaries and carefully design them by adding cool stunts.

When you are going to write action scenes, there are two challenges you have to face such as;

It would be best to articulate the fight you envision in mind without keeping the technical writing style whether you are writing the script for a novel or movie. Retaining the action scene’s actual description in the screenplay while balancing the specific details with the propulsive story isn’t easy to create. Sometimes the fight sequence doesn’t come together in the first draft, so focus your revision on detailing techniques in every action without providing the viewer or reader a dull or incomplete detail.

While writing an action scene, keep in mind that it should have a narrative and not a diversion from the actual story. It must go with the flow of character development, conflict, and detail when fighting is happening because a great action/fight scene will flow seamlessly from the story into the story that comes after the scene.

First, you must have confidence that you can do it because it may be daunting for some people to write about the action/fight scene and give it details. Remember, the fight scene can turn your screenplay into a great movie by inspiring the producer with compelling fight scenes. Here are few things to remind you to write the best action scene for your screenplay.

1. Logical reason of the action scene

Irrelevant set of pieces of fight scenes can badly affect the film and make it flop, so work professionally and place them according to the story’s script. The random fight scenes must be allocated to the plot in the overall narrative and forward the story to the next level. That means the fight must have an objective and motivation of the character and have a natural flow in the story.

2. Include some technical details

Before writing an action scene or giving it technical details, you must know them first. You would likely indicate some degree of choreography so the director or producer can envision it. But remember, do not overload the scene with too many details and stay specific because the reader doesn’t want unnecessary detail. These can disengage or distract the reader from the actual story.

3. Write in the first person to make it unique

Typically, the action scenes are told in a third-person narrative that describes every detail from each character’s perspective, but it creates a standard issue for the action scene. So a first-person narration provides an intuitive perspective on a fight scene that is unique and detailed. The boxer gained the upper hand in a fight, so he described himself from the sudden shift; it connects the story to real life and promotes the reader’s deep level of attention.

Action scenes of the screenplay are a bit technical, and people use other writers to create a professional look. Sometimes people are unaware of intensifying the mode of fighting, and it results in a dull or boring script, so it would be better to provide technical details to the action scenes. Creating a great effort in action scene can make your script successful for filming it.