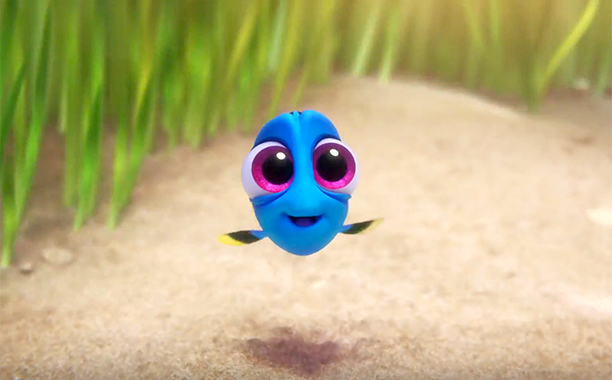 How To Write Cute Characters

This is another way to make your writing more fun and interesting – by including cute characters in your script. There are many different types of these characters that you can use, and they can add a lot of personality to your work. Some of the most popular ones include animals, monsters, and anime characters.

When choosing cute characters for your script, it’s important to consider what type of story you’re telling. If you’re writing a light-hearted comedy, then using silly or goofy characters will work well. But if you’re creating a more serious drama, then you’ll want to use more realistic looking creatures or people. No matter what type of story you’re telling, though, make sure that the cute characters you choose fit in with the tone and style of your work.

Adding cute characters to your script can be a great way to entertain and engage your audience. Not only are they visually appealing, but they can also add a lot of personality to your story. In order to do this, the cute characters have to be likable.

If you want the audience to be invested in your cute character for the next 90-120 minutes, they have to be someone worth cheering for. There are a few ways to make your cute characters likable. First, you can give them relatable qualities or flaws. Second, you can make them brave in the face of adversity. Or third, you can have them perform acts of kindness throughout the story.

No matter what type of story you’re telling, adding cute characters is a great way to add some fun and personality to your work. Just make sure that they fit in with the tone and style of your script, and that they’re likable enough for your audience to root for them. With these tips in mind, you’ll be able to write some truly adorable characters that will bring your story to life.

In order for a cute character to have real and detailed characterization, they must be defined by acts that tell the audience who they really are.

These acts can be small or large, but they must be consistent with the characterization you want to establish for your cute character.

Some examples of acts that would help establish a cute character’s identity are as follows:

These are just a few examples of the types of actions that can help establish a cute character’s identity.

By being consistent with the characterization of your cute character, you’ll be able to create a well-rounded and believable character that your audience will love.

Let The Cute Character Decide What You Write

Let the story flow organically through the cute character instead of forcing them into an arc they don’t fit.

When it comes to cute characters, less is often more. If you try to force them into an arc that they don’t fit, it can often seem awkward or forced. Instead, let the story flow organically through the cute character. This will make them feel more like a part of the story, and it will help keep the tone and style of your work consistent.

If you’re having trouble coming up with an arc for your cute character, there are a few things you can do. First, consider what type of story you’re telling. Is it a light-hearted comedy, or is it a more serious drama? Once you have an idea of the tone of your story, you can start to think about what type of arc would fit that tone.

Second, take a look at your other characters and see how they’re developing throughout the story. You may be able to use them as a guide for your cute character’s arc. Or third, you can try to come up with an arc that goes against the grain of your story. This can often be more interesting, and it can help your cute character stand out from the rest.

One way to make sure that your cute character’s dialogue is compelling is to have them say things that are unexpected. This can add a lot of humor to your work, and it will also keep the audience guessing as to what might happen next. Another way to make sure that your dialogue is compelling is to have your character say things that reveal something about themselves. This will help the audience to understand your character better, and it will also make them more relatable.

The dialogue of your cute character is an important part of your script. It should be funny, interesting, and engaging, so that the audience remains invested in the story. In addition, it should be reflective of the character’s personality and help to further the plot.

Your cute characters should also be able to emote, so that the audience can understand what they’re feeling. This can be done through their dialogue and actions, as well as their facial expressions. If your character is feeling sad, for example, they might cry or have a downcast expression. Or if they’re feeling angry, they might scream or slam their fists on the table.

In addition to their dialogue and actions, you can also use props to help your cute character emote. If they’re feeling happy, for example, you could give them a balloon or a cake. Or if they’re feeling sad, you could give them a tissue or a teddy bear. Whatever emotions you want your character to express, make sure that you use props and dialogue to help them do so.

Emoting is an important part of your cute character’s development. They should be able to show their emotions through their dialogue, actions, and facial expressions. In addition, you can use props to help them emote more effectively.

Give the Cute Character a Point of View

Making sure that your cute character has a clear point of view is important because it will help to keep the audience engaged with the story. They’ll want to see if the character achieves their goals, and they’ll also be able to sympathize with the character’s situation.

Examples of Cute Characters in Movies

If you’re looking for ideas on how to create your own cute characters, think about what makes them unique and special. Maybe they’re funny, or maybe they’re always there for their friends. Whatever it is, make sure that your character’s personality shines through in their dialogue. With a little bit of creativity, you’ll be able to come up with some truly adorable characters that will bring your story to life.