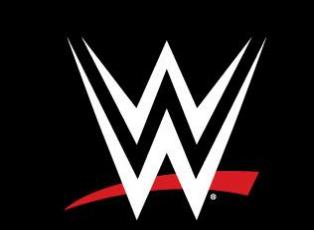 This is just too good to be true and yet, it is. Just when you think this company can’t go any lower, they limbo under the bar in remarkable fashion. WWE future endeavors writer that knew nothing about wrestling.

When I first read the headline, WWE future endeavors writer, I immediately thought the fault was on WWE without any hesitation.

The internet is buzzing with people asking who’s at fault here. The answer to this is pretty clear.

How does a company purposely hire someone who knows nothing about the industry that they’re being interviewed for?

What’s that? You say there was no interview? Well, that doesn’t shock me either in this three ring circus called WWE. The ring leader, Vince McMahon, is a certifiable nutcase.

This guy is so ashamed that he owns a wrestling company, something that’s literally made him billions, that he banned the word ‘wrestling’ from the company.

Better not tell him that the word is still in the company’s name.

But really, how far must this company sink in quality before something changes for the better?

In the words of the late Owen Hart, “enough is enough and it’s time for a change!”

The list of blunders the WWE commit these days are astounding. And what baffles the mind is that they continue to rake in the billion dollar deals. This latest blunder is a microcosm of what this clown show has become.

Before I go on let me give you a brief history on my wrestling fandom. I started watching in the attitude era back in the fall of ’98. My older brother got me into watching it.

At that point in time I was just fed up with the direction the company was going in and I stopped watching for good.

In hindsight, this could have been because of the Benoit ordeal. WWE at that point had gradually degenerated (no pun intended) into a company incapable of building new stars.

It was evident that they put their stars in boxes with no potential for upward movement for their career.

They had went back to the Hogan model with the tent pole being Cena and nobody else being even close to him.

Guys that were Cena feuded with in the midcard were still in the midcard a few years later while Cena hogged the main event scene. Does this sound familiar? I’ll touch on this later.

When I walked away from it in ’07, I still considered myself a fan, but I knew my WWE days were over for good. I still watched old matches that entertained me and still do to this very day.

The modern product is trash though and any attempt to prove otherwise is a joke. Ratings continue to drop, the shows continue to get unbearable, and the only people left still watching are those who watch out of habit.

The WWE’s problems can be traced back to 15 years ago. That period is probably what turned me off forever with the increased scripting and horribly done segments. Fast forward to now and what’s changed?

Like I said previously, people get put into boxes with no upward movement at all. What about Elias? Do you think that he’ll ever ascend to the level of Roman Reigns? You’re fooling yourself if you think he will.

People are given pushes that suddenly come to a halt. Nothing really means anything and nothing goes anywhere.

Look at the Hurt Business. They had a formidable faction that people could take seriously as a threat.

What did Vince do?

He proceeded to break up the one group that people were actually entertained by.

We all know Vince loves him his comedy gimmicks. Problem is the show is written just for him so I guess as long as he’s laughing, nothing else matters, right?

This takes me to the point of this post. WWE future endeavors writer, Kenice Mobley. She decided to get on her podcast and boast about how she knew nothing about wrestling to begin with. She had this to say:

Yes, I have just been hired by WWE. Given the things that you know about me and my entire life and what I’m into, yes [that’s surprising]. Yes, also a surprise for me. They did not require me to know anything about wrestling, but I do have a background in film production and comedy writing and they’re like, ‘Perfect. Come on in.’

She went on to say that she didn’t even know Bobby Lashley’s name.

So I am on the Monday Night Raw team. So there’s Monday Night Raw and Friday Night SmackDown and the people I know that are on it are Bobby — his name is either Bobby Ashley or Bobby Lashley and I really should know that. He’s like this giant Black guy and he and the people who are part of his crew, I know that they call — or at least as of last year, they called themselves The Hurt Business. The Hurt Business. They wear suits and they’re like, ‘We’re cool.’

You read it right folks. These are the people that are producing the show that you watch week in and week out. This is what WWE has sunk to.

What’s worse is that she wasn’t fired because of her lack of knowledge about the WWE. She was fired because it leaked out that she didn’t know anything about the industry and company she was working in.

So WWE gave her the ax and all is right again in the WWE.

This company loves to string along their fans. They love it. It’s a hobby to them. They don’t respect their fans at all

Nowadays, I stick to the indies like MLW, NWA and ROH which provide me wrestling styled shows, not sports entertainment style shows.

The difference between the two is what really hurts modern wrestling and I’ll explain why.

The attitude era brought along a reality based style of show that included backstage segments where a camera just happened to catch two people talking to each other, impromptu in ring promos by wrestlers and rematches that feature star vs. star.

All of this has come to make a very bad show in 2021. People truly don’t understand what I’m saying when I say the attitude era was kind of bad for the business.

It’s the model of show both WWE and AEW try to do and simply can not pull off. It takes the right talent and the creative to be able to pull off what the attitude era had. Neither company has that and desperately try.

If you have a roster of untalented, uncharismatic wrestlers then the last thing you want to do is put them in situations that would require talent and charisma.

Knowing all this, why would you emulate the attitude era style of show?

It makes no sense.

Emulate the territory style shows. Keep it simple and get back to basics. If a wrestler can’t talk, give them a manager to handle that. They do that with Lashley, but why stop there?

There’s a lot more wrestlers that could probably need some help in that department.

Unfortunately, WWE refuses to get back to basics. What many get wrong about the WWE is that they think it was always sports entertainment style shows.

I’d argue that the hallmarks of sports entertainment didn’t come about until the late 90s. If only they realized how badly they need to go back to the old model, but it’ll never be.

Vince doesn’t see his company as a wrestling company therefore, a wrestling style show is out of the question.

Wrestling shouldn’t even have writers. How are you going to script word for word what a person says and have them regurgitate it back verbatim?

People can tell these wrestlers aren’t who the words coming out of their mouth says they are. From the lack of emotion in their voice to the very casual way they talk.

They’ve managed to take out any feeling of intensity from their promos. As far as comedy goes, the fans want to see a serious product. This is on USA and FOX, not Comedy Central.

Comedy should be reserved for wrestlers that have earned their stripes and even then, it should be seldom used.

If you think Kenice Mobley is the only comedy writer they have on the payroll, you’re sadly mistaken.

Expect more of these kinds of reports to leak out over time. Who will be the next “WWE future endeavors writer?”

Let me know what you think in the comments about WWE having comedy writers and this situation with Kenice Mobley.