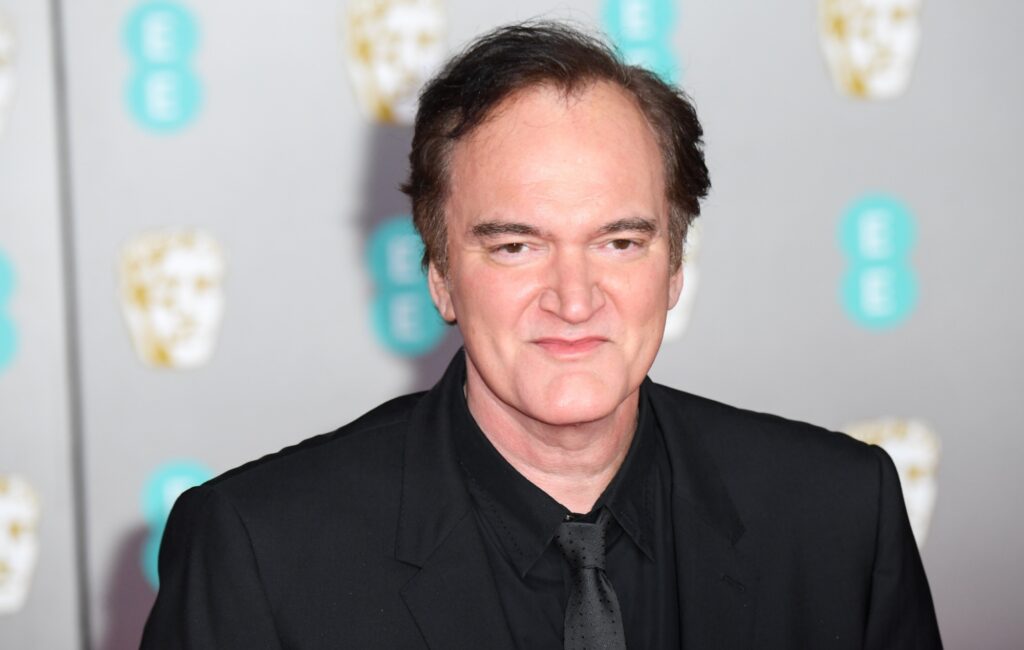 One Of The Best Joe Rogan Podcasts

Tarantino represents something big to me when it comes to the craft of screenwriting. One thing about me is that I LOVE when people are very passionate about something.

I feed off it. It makes me happy to know it makes them happy. Tarantino is in no short supply of passion when it comes to filmmaking.

I was late to the game when it comes to his movies. It was around 2013 and that I finally watched the famous and revolutionary Pulp Fiction. That made me watch a few more of his films like Kill Bill, Reservoir Dogs and Jackie Brown.

Truth is, I don’t love everything that Tarantino makes, but as an artist I love the guy. In an age of reboots, remakes and sequels, this guy is putting out original movies. There’s something to be said about that.

The way I like him is the way I like George Lucas. I’m not crazy about Star Wars. I like it, but I’m not a huge fanatic of it like I am of the James Bond franchise.

I still like what Lucas was able to accomplish and I aspire to create something like him that has such a huge impact on the world.

Enough with me fawning. Let’s recap this episode.

Tarantino touched on the Weinstein ordeal. In October of 2017, many reports came about over 12 women accusing him of sexual assault.

“I wish I had done more,” Tarantino told Rogan. “I wish I had talked to the guy. I wish I had sat him down and had the uncomfortable conversation. I didn’t know about any rapes or anything like that… but I knew he was like, you know… I chalked it up to the boss chasing the secretary around the desk… you know, he was making unwanted advances. That’s how I looked at it.”

“I wish I had talked to him. I wish I had sat him down and gone, ‘Harvey you can’t do this, you’re gonna f*** up everything,’” he added. “I don’t think anybody talked to him about it. And the thing about it is everybody who was in his orbit knew about it… They didn’t know any, probably they didn’t know anything about rapes. But they had heard things.”

Weinstein was charged and arrested on May 25, 2018. Tarantino mentioned that everybody close to him and ran in his circle knew about what he did.

Tarantino talked about getting into stand up comedy before starting his film career.

He went to the comedy club with a friend to catch a show and wound up seeing a young and always loud Sam Kinison.

Sam Kinison killed it that night and his act left Tarantino in stitches. Luckily, for the cinefiles, Tarantino was not swayed to pursue comedy as a career.

Tarantino then moved on to talk about his iconic film Pulp Fiction and casting the character of Vincent Vega.

He said that he was told to write down a list of names that he would want to cast for the role. The role, which was originally written with Michael Madsen in mind, was given to John Travolta.

Tarantino’s reluctance to cast anybody else in the role when he had the opportunity to get anyone was met with skepticism.

At the time Travolta was “the guy from the Look Who’s Talking movies.” Travolta would soon prove that he was the right man for the role.

Tarantino’s genius shines when he talked about the dance scene which was somewhat a callback to Travolta’s dancing ability in the films Saturday Night Fever and Grease.

The topic in which this site is based on. Rogan asked Tarantino about his writing process. It honestly sounds similar to mine.

Tarantino is so passionate about what he does, that he basically falls in love with an idea. He let’s it simmer in his head for a long time before writing a word.

Tarantino said he writes one scene and just goes through the story. He has the climaxes to the acts worked out ahead of time. How he gets there is to be revealed.

He puts himself in his stories as his characters and steers them in the direction of what makes a more exciting story. He figures out who the characters are by the middle of the story and from there the characters drive the story.

Tarantino talked about making Uma Thurman’s stunt double an actor in Kill Bill. Zoë Bell shares such a close resemblance to Uma, that he decided to pull the trigger and have her act alongside her in the film.

That’s a pretty generous thing to do for somebody who had never acted before. Being a stuntwoman can be such a thankless job and a very dangerous one too.

So to be able to get some of the limelight for her hard work was the least Tarantino could do.

He then went on to talk about the crazy stunts he would use for his films with classic cars and his process for acquiring said cars.

Note to young filmmakers; don’t tell the people you’re buying the classic cars from what you’re going to do with them.

At this point Rogan asked him if he’s still committed to only doing ten films. Tarantino answered, “I don’t want to lose to Leon Spinks.”

Tarantino fears putting out a film less than his best to which Rogan replied he’s still at his peak and that other directors get too complacent.

Tarantino is focused on his family and his newborn baby.

Tarantino had written a novel for his film Once Upon A Time In Hollywood. Rogan asked if his process for writing a novel is the same as his screenplays.

Tarantino said that for books, he pretty much emulates the books that he read as a kid. With screenplays, he thinks about the characters and the plot for a long time. When he writes the first scene, he decides whether he likes it to continue writing it or stop.

Tarantino cleared up the Bruce Lee controversy when Rogan said that the film made Lee look weak.

Tarantino said his novel explains it well because Cliff Booth is a WWII vet and was trained to kill where Bruce Lee was trained to fight in tournaments with rules. To him, it made sense that Cliff would win a fight with that knowledge in mind.

He explained how Bruce Lee was known for tagging stuntmen because he didn’t respect them and that the reason why he did that was because he wanted to make it look real. The stuntmen hated him for it though.

We wrap up one of the best Joe Rogan podcasts with Tarantino addressing being attacked by critics for themes of racism and misogyny.

Tarantino replied “No clean hands” in regard to the criticism. Three simple words to close one of the best Joe Rogan podcasts.

What did you think of Tarantino’s interview? Did this rank as one of the best Joe Rogan podcasts for you? Let me know in the comment section.