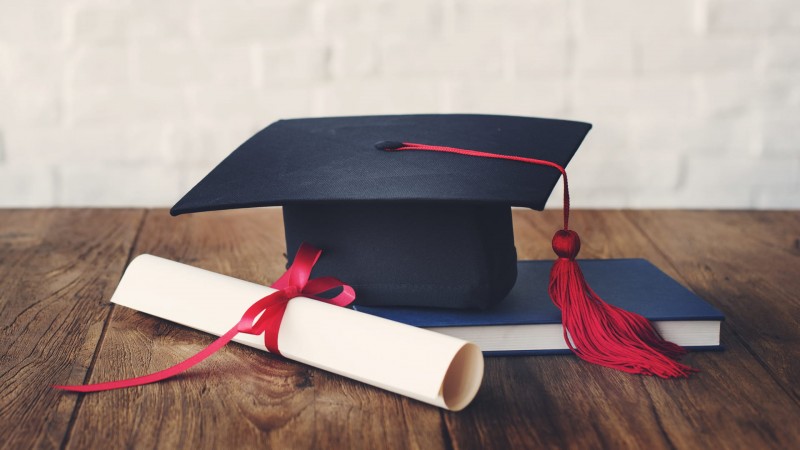 Do You Need A Degree For Screenwriting?

Very direct answer, but there’s a lot to get into there, especially if you’re just getting accustomed to how the film industry works for the first time.

Why Don’t You Need A Degree To Screenwrite?

You don’t need a degree to be a screenwriter because, unlike applying to a normal job, nobody will ask you to see it in the middle of a pitch. If you can write a great script, it really doesn’t matter how you got there. It only matters that you can write another one.

For screenwriters trying to escape the high cost of college education, you can learn more from simply reading and writing screenplays.

Screenplay format is standard across the industry, and there are so many resources on the internet, that you should be able to find plenty of useful information to help you without needing to be stuck in a classroom.

Now, that’s not to say that attending a film school to get a degree in screenwriting is a waste of time. Later in this article, I’ll give a few tips at the end of this article on how to get the most out of a screenwriting education from a college.

What Do You Need To Be A Screenwriter?

Technically, the only thing you actually need to be a screenwriter is a screenplay. Obviously, there’s a lot more to it than that, but as a screenwriter, screenplays are the money you use to buy yourself a career.

What Do You Need To Write A Screenplay?

Ideally, to write a screenplay, you will need a screenwriting software. There is a list of screenwriting programs you can choose from, both free and paid. You can also write screenplays in word processor like Word or Pages. It’s not something I would recommend, though, as the formatting might end up looking a little different than the industry standard, which could upset some managers, executives, and readers as they look at your screenplay.

Don’t Expect Management To Read Your Screenplay… At First

Here’s something I should tell you about readers; often, the managers and executives you want to read your screenplay will actually never see it. That’s because they hire readers to provide detailed but brief coverage on the scripts they read. What’s the goal? To decide if the screenplay is a pass, consider, or must read.

Coverage helps management concentrate on screenplays they are interested in and avoid the ones they aren’t interested in, whether based on substance, genre, tone, potential cast, or any other metric of measuring interest in a story.

If your screenplay isn’t formatted correctly, the coverage will call it a pass to save everyone from what they assume is an amateur quality screenplay. In a world where a “no” saves readers time and money, you need to give the executives every possible reason to say yes, including proper formatting.

What Do You Need To Be A Screenwriter?

Representation is the most important thing you need to becoming a professional screenwriter. When you have a manager and/or agent representing you, they can send you to pitch on a script and set up meetings for you to meet other industry professionals. This is the number one way screenwriters get work.

How Is A Manager Different From An Agent?

A manager takes on a more custodial role in helping you develop your screenwriting with the idea of launching a career. An agent will get involved when a sale will happen and will represent you in initial negotiations with the studio or buyer. While a manager can set up the meeting, the agent negotiates on your behalf. Concurrently, your entertainment lawyer will handle the fine print.

To entice a manager or agent’s attention, you will need to have multiple scripts, known in the industry as specs.  You use these to give your managers and anyone you meet a multi-dimensional sense of what you can do as a screenwriter and so they know you aren’t a fluke.

Ideally, you should have about three specs in the same genre, style, or format as part of your portfolio of scripts. While this isn’t necessary, any manager or executive interested in you will make sure you have more than one script at hand and ready to confirm you aren’t just wasting their time.

Even if you are writing one half hour and one hour long pilot, these scripts must be tonally and stylistically similar so you can show your “voice” as a screenwriter. If you are interested in writing films, it would behoove you to have at least two of your specs in the same genre, but all should show consistency of voice and theme.

At least one of your specs will need to be good enough to stand out from the pack and attract the reps in question. This could happen through the screenplay being recommended to the rep by a colleague, having placed or won a highly regarded contest the rep knows about or becoming talked about by readers and execs as the buzz of the town.

The industry likes to put screenwriters in boxes by putting us into neat little categories, like “action writer” or “rom-com buff,” as it makes it easier to pitch and sell us as experts in a certain area.

Suppose you want to and can write in a plethora of genres. In that case, you will make it simple for managers or executives to interpret your interests as a screenwriter by tying them together by thematic elements.

For example, if you write mushy rom-coms, grounded action adventures, and dark and gritty dramas, you might consider branding yourself as someone who writes “genre-driven stories about wide-eyed idealists crashing against a cold and cynical world, but overcoming at all odds.”

Pretty ordinary as far as story specificity, but you catch my drift.

Your ‘personal logline’ ties your scripts together in a way that tells the listener more about you and what excites you.

Nail this logline in the meeting, and the next time a project that fits your expertise comes across an executive’s desk, you should be first at bat as the writer that’s perfect for the job.

One of the most suggested reasons to attend film school is to expand your network and meet individuals with similar interests who can eventually become professional contacts.

It’s through this network that you can meet new people working in the industry, many of whom you will need contacts to begin developing you as a potential client.

Better yet, many friends you meet could end up hiring you onto a TV show in the future. If you get a job as a writer’s assistant on a popular show, for example, you can work your way up to becoming a staff writer on that same show if you do a great job.

I honestly can’t recommend enough that you try to get in and get out of film school as quickly as possible if you do attend.

Student debt can kill the creative drive and hurt your chances of ever getting ahead. Instead, you are constantly weighed down by the need to make money to pay off you loans.

While many film schools make it worth your time with top tier equipment and pristine facilities, it’s always a smart choice to be financially frugal, even when investing in your future.

So do you need a degree for screenwriting? A degree is not a guarantee of a job. Even a great screenplay is no guarantee that you’ll become a screenwriter. Only with hard work, determination, persistence, dedication, and the fortitude to not give up after 99 no’s will you get your opportunity.

Make sure you’re ready for it by writing as much as you can, whenever you can, and never stop reading scripts. That’s the best thing you can do to learn how to be a screenwriter.

1 thought on “Do You Need A Degree For Screenwriting?”