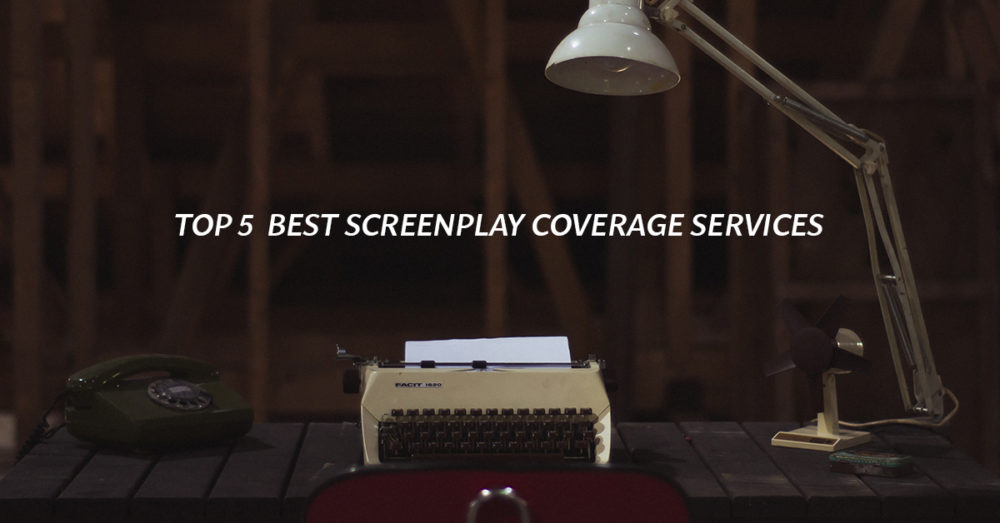 What Is Screenplay Coverage?

There’s many different services with varying levels of analysis. They range from a detailed proofread to script development line by line. You need to know which service your script requires before using it.

A Script Doctor fixes a script when the original screenwriter is unavailable or can not do anymore with the script to make it better.

A Script Consultant analyzes the script line by line and gives suggestions to make it better.

What You Should Expect

Do you know why coverage is so expensive? When you get right down to it, it takes a while to read a script, which are typically 90-120 pages. You’re also getting written analysis so it takes around 4-8 hours to do all of that. The readers that work for a company get some of the payment price. The ones that work independently are seen as cheaper because they get all of the profit.

Keep in mind that coverage isn’t consultancy. A reader tells you what’s good, what’s not, and why. What they won’t do is rewrite your screenplay and help you come up with new ideas. They’ll simply guide you to help you do these things all by yourself.

You’ll receive constructive criticism, not praise or validation. If you can’t take criticism, don’t get coverage. There are a plethora of categories such as premise, character, dialogue, market potential, structure, and pace. There might be more on some occasions depending on the depth of the analysis. This is the best way to find problems with your script. You might have a good protagonist, but the stakes aren’t big enough.

Why Get Screenplay Coverage?

It’s difficult to look at your work objectively when you’re so close to it, which is why feedback from somebody else is essential. Coverage is that feedback from an outside source and it comes from someone that not only knows story like the back of their hand, but also the industry. Coverage gives you a chance to address the issues in your script and make it industry ready before you send it to a studio, agent or producer.

When To Get Screenplay Coverage

Don’t submit your first draft for coverage. You need to send the most polished draft your can write. This is the one you would give to industry professionals. Before paying anyone, try to get as much free coverage as possible. Be mindful of the fact that friends and family won’t be reading with an eye for structure and formatting and won’t be as forward with your work as somebody that doesn’t know you will. Another good source for feedback can be from fellow writers who would be able to pick out layout issues. A good place to go for such feedback is the screenwriting reddit. Try to submit your script into contests that give feedback.

How To Compare Coverage Services

Depends on what your script requires. You get what you pay for pertaining to cost. To keep the cost low, using a company is your best bet over using an independent professional. Using a company is beneficial since they have a large roster of readers and can do coverage quicker than a single person if time is of the essence. A fast report doesn’t mean better service though. If it’s given to you under 24 hrs., it could be a rushed job.

Read the reviews from customers. Don’t rely on the reviews on the company’s own website. Those will always be overwhelmingly positive. Do a search on the internet and ask peers for their thoughts to find out if the service is good. If the service isn’t good, they’ll let you know and won’t hold back on what they think of it.

Check the bios of the readers. Find out if they’re in the industry. Find out the length of time they’ve been working as a reader for the company. Keep in mind that you don’t need to be a screenwriter or have a produced film to be qualified as a good story analyst, the same way every great player doesn’t make a great color commentator. Make sure to check the credentials.

Shop around for the best service available. Get coverage from several places on the same script to find the best company that suits your needs and expectations. This enables you to find which readers understood your vision and which ones gave broad generalizations as opposed to pinpoint issues.

Bulletproof Script Coverage – This service is part of Indie Film Hustle and has a special approach of reading your script while keeping focus of the goal of your movie. They have three categories for their coverages; Micro-Budget, Studio Film, and Indie Film Market. The prices range from $99-£199. It takes 5 days for them to do the coverage. Your script is given to a reader with industry experience in that particular market and it also has an option to ask for the same reader for another fee.

SpecScout – Not only does this coverage service give you feedback, but you get feedback from three different readers that score your script. If you score over 75, you get to send a writer profile for free, which gets promoted to their industry pro subscribers. This service is $297 and it takes them 30 days to do the coverage. If your script is written well, you could get discovered.

Industrial Scripts – With script development as its main focus, this coverage service gives up to 12 different services to fulfill your needs. Those 12 services are Film Forensic Notes, Industry Reports, Skype Script Editing, and Standard analysis. The prices start at $125 and scripts that are approved get marketed for free on their Talent Connector. Having over 1000 verified customer reviews, it’s easy to see why I highly recommend this place.

WeScreenplay – In a hurry? WeScreenplay is without a doubt for you. It offers 72 hours for a turnaround on script coverage. They have a basic package that is only $69.99. That’s extremely reasonable. You can also get coverage on 7 scripts through their bundle packages. This offer can be used all at once or over the course of a year, which helps because you can save even more money.

Screencraft – Rounding out the list of top 5 best screenplay coverage services is Screencraft. Screencraft has a remarkable list of competitions that they run each year. It’s solely dedicated to guiding screenwriters and helping them hone their craft. Their goal is to help them get their foot in the industry. They have a total of 4 packages that range from $40-$1,095.