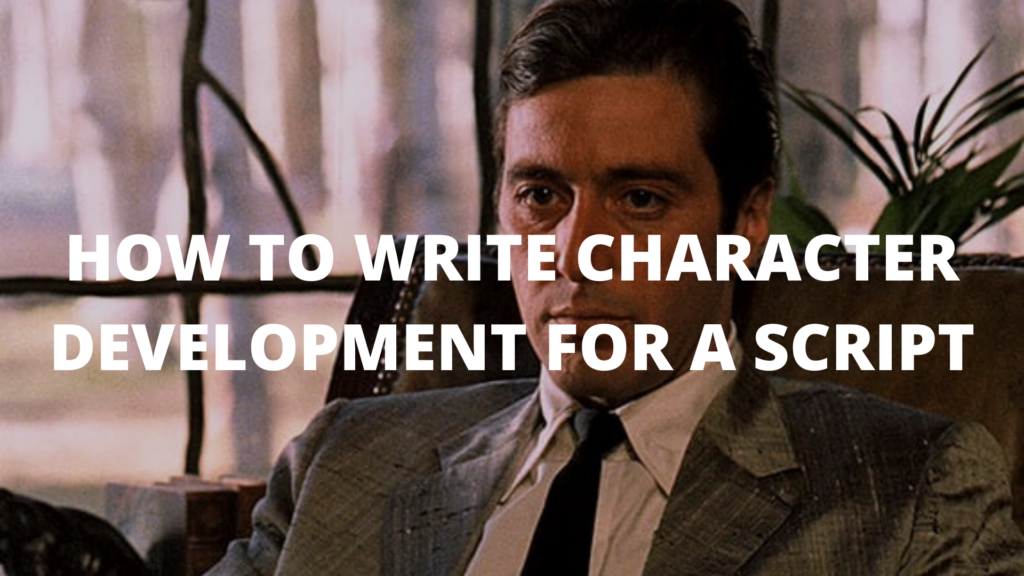 How To Write Character Development For A Script

Character matters; if you want to be a professional screenwriter, you must know all the techniques and formatting styles to write a script and character development. When you watch some TV show or movie series, you cannot imagine the arcs are confined to different time frames within the development throughout multiple episodes. Defining how to write character development for a script requires knowing it is the foundation of every great and memorable character.

What Is Character Development?

The development of a character basis creates a believable and realistic fictional character by giving them emotional depth. However, it doesn’t matter whether it’s some animal, human, or anthropomorphized object such as a toy.

How Can Character Development Be Explained?

If you want to track the character progress or growth with the story’s plot, you must check how your story’s character is from inside? However, it will be in the writer’s mind so let’s break down the idea and look for examples for each so you will better find your character’s goals. You can see character arcs, internal and external conflict within your thoughts and confined to what’s in your head about the character.

What are your goals?

To develop your script’s character, you must have set some goals in your mind regarding each character, whether its protagonist or antagonist. Every character needs goals that they should focus on and achieve in the screenplay.

The next thing should be the reason to get to the end of the road, such as someone’s beloved is missing and he tries to find them. There could be many examples if you observe the previously produced movies. You will see every character has an aim that they must focus on and play around with.

What happens if I fail?

The stakes of your story get internalized when you have insecurities and feel bad about the character failing, but you must remain hopeful. Just like the way in some movies the protagonist tries to find his beloved and never gives up and at the end, they find them so the ending would be better.

When you have decided on the internalized character and note it down on a sheet somewhere, then develop the physical appearance of the characters. The story unfolds many characters, so write with the flow of the story and spend hours on it.

How has this affected them physically?

When you are developing a character like that, you want to see the physical toll the scenario has placed on them; what has happened to them can change their appearance. Like if some protagonist from the movie has warrior appearance because it’s a battlefield, you must know how to write character development for a script accordingly.

Do they bear any scars?

You must know what your character looks like. Are they evil or a saint? Are they helping others or are they a bad-ass person? You must give details to the character according to the story’s screenplay so they may have an eye-patch, some scar on the face that makes them look good and build their mystique. If you are writing a series or a movie, you must keep in mind that it must align their physical appearance with the story.

How will this change them?

Your character will be self-reflective as they move forward through the story; it’ll help them deal internally and react externally but fear moving forward. The coordination of mental and physical activity should be appropriate, and the character won’t show his excellence until it is fully acknowledged and they feel the depth of emotion.

The above explained the development characterization for movie characters, but what about television. The interesting thing about TV is that every season, characters get to become different people and the writers will decide how they grow.

What About In Drama?

When you are learning how to write character development for a script, you write it in a certain way for drama. You would have to convince people to follow along for an entire series. Chances are you are developing a character that will grow. If you take a drama with seasons, you will check the growth and development of the character and how they will change in upcoming years. So you need to set a foundation for growth and set the duration.

When you are writing and developing characters for a film and TV show, you may need to break many characters and create who they are within the story. You can switch between the two mediums to use many things as practice and try to help in the process of development.

When you configure your character and upgrade them through out seasons, sift through some ideas on how time has impacted their personalities and mentality. Since you shouldn’t have to change the main nature of the character arc, you would be able to make a successful story. How to write character development for a script is based on your story’s internal and external development of character. Don’t forget to fix emotional arcs for screenwriting.

It depends on the type of screenplay, whether it’s a movie, episode, season, or series and what types of changes should be adopted to develop a character. It’s a time-taken task and requires skill to write character development that correlates with the previous season. Screenwriters need thorough research to make their characters ones people don’t forget. Do hard work to break down the movie ideas from your mind on the script while writing to develop character.