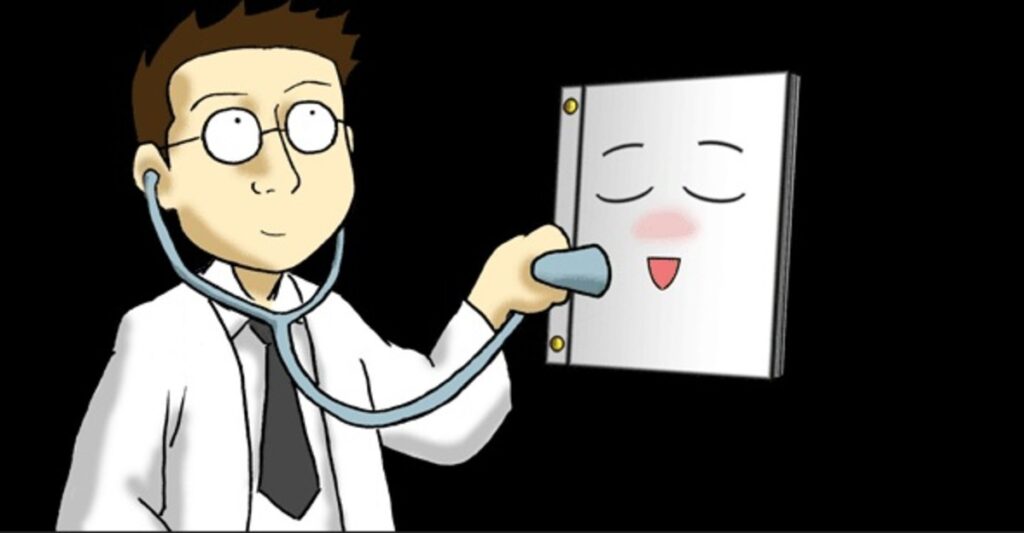 What Is A Script Doctor?

Many people worldwide, especially in Hollywood, are making lots of money by rewriting screenplays full-time as script doctors. So if you don’t get the proper answer to the question what is a script doctor, you should know they are highly demanding people. Because every Hollywood movie has gone through the writers before they are brought to screen, so the script doctor is the last person to finalize the screenplay.

They are definitely paid with a considerable amount of money for their anonymity and are usually trusted with getting the script in shape before shooting the movie. They are usually present on set to help if any issue arises in production to get it back on track. If you don’t know much about Hollywood, you as a writer wouldn’t be known to the script doctor. They’re tasked with having to alter some of the films at a moment’s notice.

What Is A Script Doctor?

Screenwriters’ work has to go through many passes before deciding to do a film on it, so the script doctor is difficult to explain. If you are a screenwriter in the film industry and write for it, then your work will be attached to you for some steps then someone else will polish it for production. You may understand that a script has to spend a lot of time being developed by the writer as it receives passes while an exec tries to move it forward.

At last, when it goes into production, it might not feel cohesive. Movies we watch are multimillion-dollar productions, so they need the tip-top script to sell the best product. That’s why someone needs to come in, clean up things and finalize the script after all those passes, so the doctors make money.

Script doctors are upper-level writers and work when the script development ends and is already in production. So they are actually surgeons of words and story points as they can beef up the parts for actors, drama, comedy, or even can change the ending of the movie.

How To Become A Script Doctor

If you are excellent at writing a story structure and can work under pressure well, you can answer the question what is a script doctor. If you dare to be a script doctor, then you’ll have to spend some time in Hollywood. To become a script doctor, you have to become a professional screenwriter by thinking quickly, working within challenging situations, and, most importantly, handling pressure.

It’s really a hard-earned job in Hollywood where you constantly balance what comes in the budget and whose attitude creates a problem. Don’t worry about the authorities and work confidently on the page. When we dig deep down in the script doctor, you will realize why script doctors are most wanted and present at the production time by execs, directors, and cast.

You can imagine when screenplays go through the passes, the studio will pay a ton to get their stories in order. Moreover, the studios are working hard to push massive franchises to make the movie a big hit, so they pay script doctors to come and fix everything. Many writers with tons of stories from all over the business become the best writer they can be by mastering structure and being a person everyone likes to be around.

Some famous names like Tony Gilroy charged 5 million dollars as a script doctor of the movie Star wars (a popular hit).

It was told above that reshoots are always necessary for Hollywood’s production, but when it gets hard, then a script doctor is needed.

It was reported by a Hollywood reporter that Gilroy was making around $200,000 a week for his work on Rogue One. He changed a few things and got success in the field by getting trust in his quote and time. Whatever your opinion about the movie, whether it is worth the money or not, Box Office Mojo has Rogue One making around $1,056,057,273 worldwide. Of course story matters a lot.

Tony Gilroy once said on the podcast program The Moment, which was hosted by fellow screenwriter Brian Koppelman, that he shows how the story was a success by his pressurized quest for results which makes execs reach out for script doctors.

Another script doctor was promoted by George Lucas, who brought Tom to the movie Revenge of the Sith to help in the last prequels in line. If you have seen the movie, you can imagine the effect the lackluster embrace of Phantom Menace and Attack of the Clones had on Lucas who was worried for the final chapter.

The person behind the popular hits like Lethal Weapon 3, Made in America, Outbreak, The Wedding Singer, and Hook was Carrie Fisher. She is always ready to talk, as she told the Phoenix New Times what made her fall into being a script doctor. She had been working with Lucas with no exception to Star Wars and said it was easy to operate as a rewriter as an actor because it fits into your mouth dialogue-wise. It is easy to type but challenging to speak.

Hollywood focused on Fisher’s script doctor work, and she worked on lots of films and television shows on an uncredited basis. She even worked with Lucas on the prequels. She served many times free of cost in Hollywood as a script doctor.

What Is A Script Doctor? Other Examples

There was a time in Hollywood in which script doctors had their golden era. It was when Casablanca was being written, and a team of professional writers sat up in a hotel room on set trying to put together scenes and dialogue for the next day. Same as it is happening nowadays, but 70 years ago. The first time script doctors were recognized was in the 2013 film World War Z when news during production went south. The movie was covered heavily by the trades as it was expensive and based on a famous book.

Struggling to make it a hit, Damon Lindelof and Drew Goddard were brought in; these guys changed the script’s ending and made it more contained, personal, and the movie went on to be a hit. A big secret revealed here is that every hit movie has reshoots like no product is perfect and there are always bumps in the road, but if you need a complete overhaul, you call a script doctor.

The Coens take a studio gig doing some script doctor work. While they are very accomplished writers on their own merit, the most famous work of theirs was Fun With Dick And Jane with Jim Carrey and Tea Leoni.

Kevin Smith worked on the Coyote Ugly script, but the only contribution of his was the boyfriend character’s comic book purchase. The director of the movie David McNally said that the script was terrific and was missing emotional drama elements, so Kevin added that to make it successful.

He was a king of dialogue and a script doctor; when Steven Spielberg called on him to punch up the dialogue in Steve Zaillian’s Schindler’s List script, he did it like a surgeon.

Another popular, funny and great script doctor that worked on Bruce Almighty where he met Steve Carrell.

Noah Baumbach worked as a script doctor in movies like The Squid And The Whale and Madagascar 3 where he received credit for it.

In 1987 Shane Black worked as a script doctor behind the scenes and produced the original Lethal Weapon, but after an insane 1990s, his star faded a bit. He came back again in the late 2000s with Iron Man; while he wasn’t credited, he did many punch-ups. Marvel was excited to get him back, and it was the third movie in the franchise with Shane.

Ryan Coogler mentioned Donald Glover as a script doctor who worked on Black Panther and helped with some story elements as he got a shout out in the closing credits.

He is one of the most idiosyncratic writers and worked as a script doctor in the film Kung Fu Panda 2, which explained why the Panda puts on a play version of Kung Fu Panda 1 to learn about his personality.

Manchester by The Sea was treated by Kenneth along with You Can Count On Me.

The elf was fabulous and made sense because Adam McKay added the lunacy; the wry comments make it worthwhile.

It is not every screenwriter’s task to become a script doctor; it takes a lot of stamina to deal with pressure, experience in structure, plot, building lots of fun, and making everything align on the spot. They are always needed in the production house and worth millions and billions for their work strategy, characterization, writing and changing scenes and scenarios.