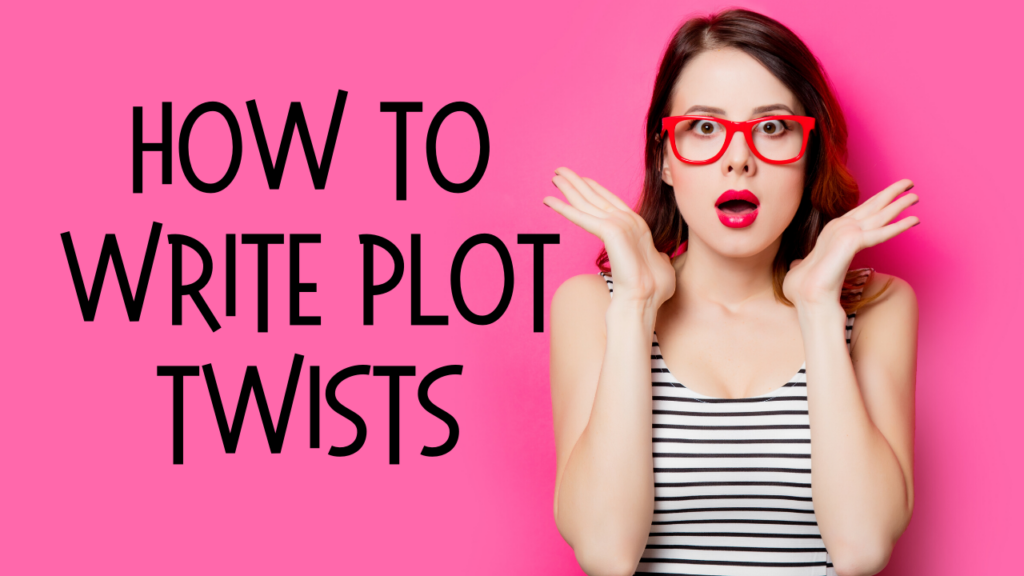 How To Write Plot Twists

Do you know how to write plot twists? Plot twists are used in writing screenplays to give the story a new and unexpected direction as this tool gets audiences out of auto-pilot mode and engages them with surprising and plausible stories.

Knowing how to write plot twists is an important topic to progress your story because your audience will be more invested in the outcome.

Plot twists have elements of surprise, expectation, and anticipation, but like all screenwriting devices they must be used sparingly. Let’s take a look at some major types of plot twists.

You should add irony to a story. For example, consider a scenario where there is a group of explorers searching for treasure.

Everyone will dig into the spot where they think the treasure is hidden. They search for days but can’t find anything and are ready to give up.

The audience knows where the treasure is, and if they kept digging, they could find it. The explorers lose interest in the finding and blame the map by saying the map was incorrect.

Now the plot twist is that when one of them (suppose Jane) finds the treasure and doesn’t tell the others about it, it will change the story and raises a few questions such as why she is behaving this way? What will happen next?

Consider the previous example and what Jane’s action says about her character; she’s greedy, selfish, or entitled.

So you better understand that plot twists should be timed or delayed as much as possible as they are designed to keep the story unpredictable and allow the audience to feel the natural progression of the story.

When your supposed character is motivated not to tell anyone about the treasure, we may assume she would keep it for herself.

What if they never reveal it? It would be another plot twist in the making. She might be hiding it to surprise them later or purchase something valuable or even donate the treasure to a big cause or charity.

Scriptwriters can use plot twists in measured doses. She might decide to keep the treasure in one scene and in another she decides to donate it but finally decides charity is corrupt.

You will get some potential outcomes for this story, like if Jane hid the treasure in another place or threw it off the cliff. Why might she do this?

Such questions arise for Jane’s action that will be answered later on in the story. Screenwriters should know how to write plot twists, and every scene must drive the story, so adding a plot twist for cosmetic purposes will not do your script any justice.

Creating a tricky plot is a vital part of the story. Try to remove it if it doesn’t make sense in a flat story. It it does, then consider keeping it in the screenplay.

Screenwriters must examine the theme of the story by adding plot twists in it through differing points of view to dissect the theme from another character’s perspective for the audience’s perception.

If you suppose Jane’s motivation was greed, the writer can change the meaning of greed in the sense of good or bad as a deeper exploration of the theme. It would define that self-preservation is great according to the circumstances.

However, a distraction primes the audience for the bigger plot twist or shifts suspicion to another suspect in the case of mysteries.

Misdirection enhances the minor character and gives them a chance to flourish. The writing allows the audience to make assumptions about the characters.

They easily conclude a piece of evidence since the end is opposite to what they thought.

It is a plot twist in a screenplay when the characters are placed into a dangerous, life-threatening situation to ramp up the tension.

So the conflict in the story raises the stakes to achieve the character’s goal and equates to a greater loss. If you apply this to Jane’s story, what if the treasure was fake and worthless? And what if there was a toxic spider or explosive inside the treasure box?

While determining how to write plot twists, screenwriters can’t make it too easy for the hero to save the world.

So there must be some severe shifts in power dynamics where the antagonist has the upper hand and seems to win until the end which creates excitement.

There are numerous examples of this type: if someone wins a lottery and moves to a beachside mansion from the cramped apartment.

It can also show the reversal of change if the mansion owner suffered a setback in the stock market and starts sleeping under a bridge.

It’s a unique plot twist, such as talking about the high-tech or low-tech films that inhibit a character’s progress toward their goal.

The main character blows open a safe with a magnetic pen to get out of danger and uses a new gadget to leap between buildings.

You should not misuse or overuse the plot twists but elevate your writing over problems in the story when learning how to write plot twists.

Some scenes throw the audiences off track; screenwriters can’t use them to lead to a dead end.

You can only get away with one or maybe two coincidences in any story. For example, Jane finding the box of treasure by backing into it or casually stepping on the key as she tries to figure out how to open it.