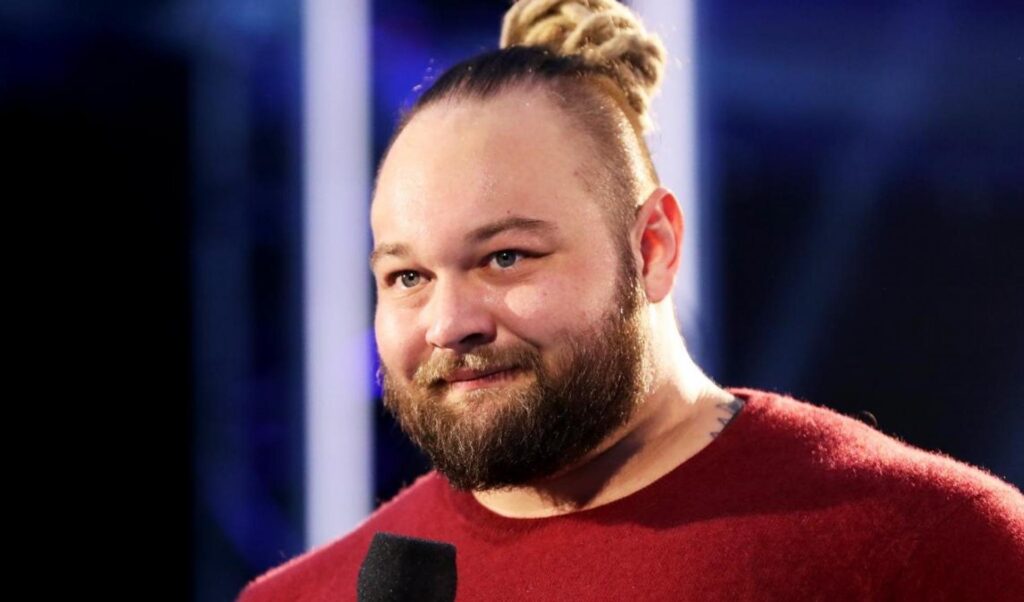 On July 31, WWE released Bray Wyatt which sparked debates everywhere if they made the right move. Was WWE right to release Bray Wyatt?

Bray Wyatt was a promising star since he made his debut at SummerSlam back in 2013 against Kane in a Ring of Fire match. Bray Wyatt shined in areas where many modern superstars faltered.

Bray Wyatt displayed from day 1 that he could cut promos with the best of them. These promos were good and had depth. The kind of depth that Mick Foley would deliver with his promos in his early days of Mankind.

Bray Wyatt would use these promos to help escalate his feuds with his opponents which would further engage the fans and cement his character as one of the best gimmicks in the modern era.

Bray Wyatt went on to form the Wyatt Family, consisting of the late Luke Harper, Eric Rowan and later Braun Strowman; two superstars who also became victims of WWE’s poor booking and all around lack of care.

The Wyatt Family would prove to be a formidable faction as their run was marked by feuds with CM Punk and Daniel Bryan, the League of Nations, and the Brothers of Destruction, Kane and Undertaker.

Jobbing To The Stars

Bray Wyatt’s booking frustrated many fans. WWE would often book him to lose in his feuds which further killed the character and its mystique. Notable losses to Cena and Undertaker didn’t do Bray Wyatt any favors and it didn’t do WWE any favors with the fans.

Personally, I’ve always been of the opinion that WWE should let go of a lot of the stars on their roster.

I think it’s ridiculous how WWE would stock up their roster and pay their stars to pretty much not do anything. So many of the wrestlers fear that and have went to Vince in the past trying to pitch ideas to him so they wouldn’t be stealing a paycheck to no avail.

Sometimes you have to be careful when do that because you might end up getting more than you’re bargaining for.

Take Chad Gable for instance. He went to Vince begging to be used and wound up with the Shorty G gimmick.

In other cases, the talent simply aren’t talented enough which is why I’ve said he should release a lot of the people on the roster.

Luckily for Bray Wyatt, he was extremely talented. So much so, that he showed that he could shine even when taking on different gimmicks.

Even though it wasn’t needed, WWE had Bray Wyatt take on a new gimmick. Dressed in sinister clothing and demonic mask, Bray showed how versatile he could be.

Bray would do pre-recorded segments with Mercy the Buzzard, Abby the Witch, Ramblin’ Rabbit and Huskus the Pig Boy.

This version of Bray Wyatt was detached from reality as he seemed to have almost a split personality.

As good as he was in this role, WWE still found a way to dim his light. The Fiend had huge momentum heading into Hell in A Cell 2019 against Seth Rollins and most people thought this would be the first time that Bray would go over in a feud.

Instead of the The Fiend walking out victorious, Seth Rollins repeatedly hit him with a chair causing the match to end in a referee stoppage.

This moment is widely seen as the point in which WWE ruined the Fiend for good.

Does Bray Wyatt’s release surprise me? Not in the least. But this still doesn’t make the situation any better.

What this release does is further cement the fact that WWE doesn’t want to build any talent for tomorrow.

They don’t want mega stars, they don’t want stars with careers that make sense in storylines, they just don’t want any kind of star except old ones from the past that come in to sell tickets for big pay per views.

Stop and go booking has affected the WWE for years and Bray Wyatt was definitely a victim of such booking.

It’s not a coincidence that a common question among fans is “where is this going” when talking about storylines for superstars.

Don’t be surprised to see Bray Wyatt end up going to AEW. That seems to be the place that many former WWE talents and backstage personnel are heading to right now.

Among the many that have become “Elite” have been Mark Henry, Big Show, Christian and FTR. There are even rumors that Daniel Bryan and CM Punk are heading there.

Bray Wyatt is sure to be a highly sought after free agent with his recent AEW release and I think he could definitely improve their roster.

Bray Wyatt with his expertise in promo cutting and the psychology and depth he brings to his gimmicks can provide something that AEW sorely needs and doesn’t have right now.

AEW still comes off a little bush league at times. Recently, they just irked their sponsor, Domino’s, when they cut to a Domino’s commercial after Nick Gage used a pizza cutter on Chris Jericho’s forehead.

It’s no brainer that this wouldn’t sit well with their sponsor, but AEW has shown a propensity to make such foolish mistakes.

Much like their predecessor, WWE, they suffer from bad booking too. So should this be cause for concern with Bray Wyatt potentially heading there in the future?

Not at all. One thing AEW has that WWE doesn’t is freedom. Perhaps one could say they have too much freedom, but in AEW it’s clear that the inmates run the asylum.

Tony Khan gives a lot of freedom to the wrestlers to book themselves and handle their own matches.

As long as Bray doesn’t get mixed in with the wrong crowd in AEW, he can see a modicum of success there. It all comes down to whether he’ll go or not.