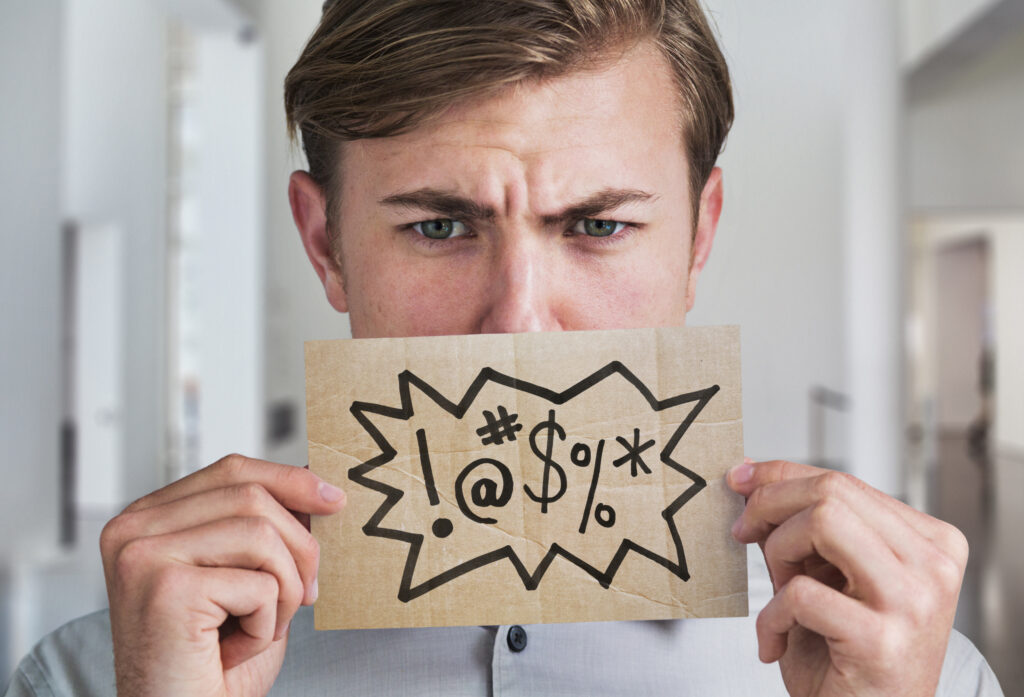 How To Use Cursing In A Screenplay

Do you know how to use cursing in a screenplay? Cursing in Hollywood movies is casual, and no movie is complete without using the F-word.

It may raise a few questions about how to use it in dialogue, what it accomplishes, and when and where the screenwriter should utilize it.

It has been said that screenwriters should write with an MPAA Rating in Mind. G-rated films contain language beyond politeness like (swears, dang, heck, rat, shoot and darn) but never with profanity.

How to use cursing in a screenplay of a PG-rated film may contain words like damn, hell, shit, and many other variations depending on the audience.

There are also harsher words that are more aggressive. If you use the F-word frequently in the sexual context, it will receive an R rating. Furthermore, mother-F***** cannot be spoken at all in films rated lower than R because it is offensive.

There were exceptions in the old days pertaining to the two F-word ruling in the past, but the rule applies.

Society Has Not Been Desensitized To Profanity

Now children also watch movies in theatre with PG-13 and above filled with strong and sometimes harsh language in the form of profanity, and it doesn’t mean that they are desensitized.

If necessary to add to the script, then use mild abuse. Swear words can still offer that taboo shock value. The F-word is mainly used in a shocking scene to show the high effect of character.

Sometimes in the build-up scene, it is used to show how unusual and disturbing it can be for the F-bomb to be used from someone of a younger age.

Characters Who Say The F-Word Are In Charge

Moreover, the F-word isn’t just used for shocking people; it’s utilized as a form of domination in place of outright violence and physical force.

It is the harshest word when said directly and that taboo aspect carries into the film as well. Whoever uses this word in the story must have a purpose of using the word.

Sometimes characters use cursing words when there is no option for them to speak that any other word.

If the character tries to take an authoritative stance in the scene, using the F-word can quickly subdue the chaos.

Some characters are trying to get out of paying for a brief drive through the parking garage, and the parking attendant is an authority figure and still asks him to pay even if he changes his mind.

When the character tries to reason with the authority attendant, he begins to throw profanity in the form of the F-word at the authoritative person.

You can take the example of any fiction-based movie with a whole room of characters. One of them will be using profanity and throw around the F-word while talking to his friends.

Knowing how to use cursing in a screenplay can be decided according to where the movie takes place and the characters and their origin.

You can easily write the A-type character scene with them challenging each everybody because the character thinks they are in charge of any given situation at hand.

There could be a challenging activity like some game show where an actor tries to break the tiles etc., while he uses the F-word to everyone on the challenge.

Situations That Lead To The Use Of Curse Words

Screenwriters can use cursing words to showcase who is in charge of each scene. The use of the F-word can change the demeanor of the character quickly.

-Curse words are used in different forms of dominance and control

-Shocking moments when they surprisingly meet someone

-When an unexpected incident happens, the character can use such words

-When the hot exchange of words can be an excellent way to showcase a character’s control of a scene.

When your emotions are elevated, and you’re worked up, and when you do it, your communication is just elevated by using stronger communication words.

They can be frustrated, angry, excited, and sad to show the real appearance of emotions.

In order to know how to use cursing in a screenplay professionally a screenwriter must know the trick or they’ll decrease the movie’s ratings.

You can multiply whatever point a character is trying to make ten-fold in doing so.

It can make a line funnier, more intimidating, more sympathetic, and accentuate an emotion by using F-word. It has its punch and worth by placing it into the dialogue.

When Not To Use It

There are some rules and regulations for the use of curse words in the screenplay, and that is why the production companies do not pick up a profanity-driven script.

It would be best if you don’t use it so overtly in the context of more than a couple of F-words.

You can use the word to add drastic effect on the dialogue and lessen the impact of a moment you are trying to build to see how the audience will feel about a character.

According to the Hollywood Reporter research using the cursing word, more than three can risk losing the audience member, such as:

So you must know how to use cursing in a screenplay as it could affect the audience. We are living in a time where more and more people are easily offended.