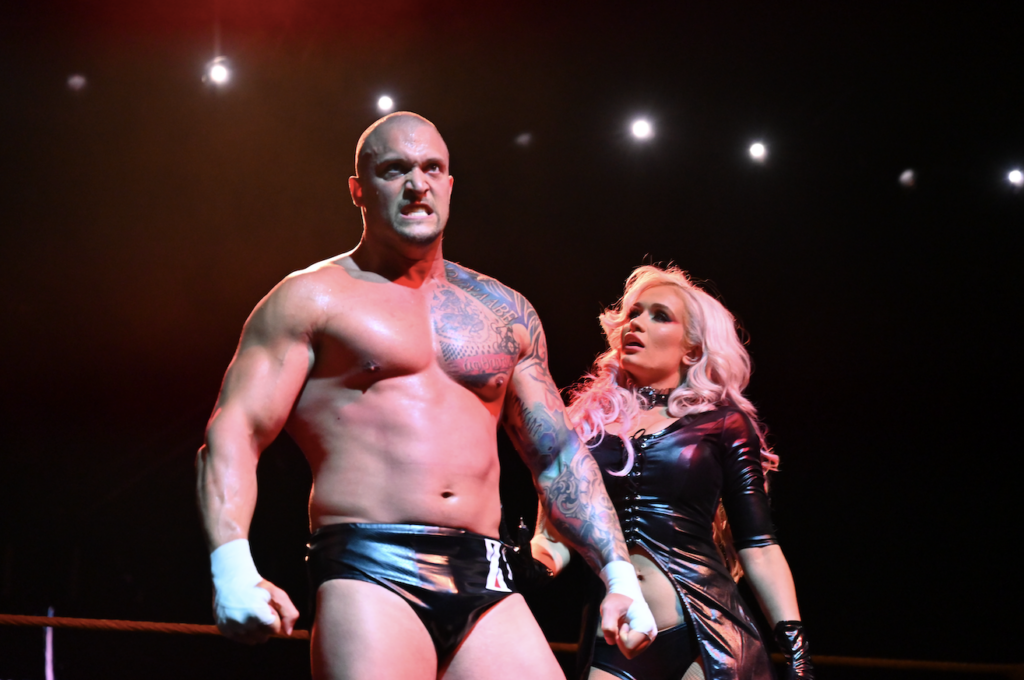 Did Vince Bury Killer Kross in Raw Debut? This seems to be the question on everyone’s mind after his match with Jeff Hardy.

Killer Kross is somebody that’s been on my list of upcoming stars in the wrestling industry for a long time. For a short while, him and Scarlett Bordeaux were the only people that I’d watch clips of when they were in Impact Wrestling.

Both had that IT factor which made them very entertaining to watch. They both had a good look and were charismatic which is more than half the battle in wrestling.

So naturally knowing this, they were clearly destined to be pushed well when they got to WWE, right?

Well, sadly I knew his career wouldn’t go anywhere when he signed with WWE. Nobody’s career goes anywhere when they’re in WWE these days. This is something I’ve known for many years.

From afar, I’ve seen this same show before. WWE’s developmental brand, NXT, creates stars and once they’re called up to the main roster, they get buried.

Some have speculated that Vince is the one behind these burials because he hates the NXT brand. The NXT brand is Triple H’s brainchild so it comes as no surprise that Vince would do everything possible to discredit something that he didn’t create.

I just feel like he should be pushed like a Stone Cold or Rock as opposed to an invincible push like Goldberg or Lesnar. Just my humble opinion.

Anyways, this past Monday Killer Kross finally got his opportunity to make an impact on the main roster against Jeff Hardy. Not a bad partner to dance with in a debut.

In a match that seemed like a sure win for Killer Kross for people that followed his career in NXT, it quickly turned into an improbable loss to Jeff Hardy.

Killer Kross dominated most of the match and yet, Hardy walked out with the W. Worse, the match clocked in at just over a minute and forty seconds.

This definitely wreaks of Vince up to his usual tricks. For those wondering why wouldn’t he just squash wrestlers like Adam Cole or Johnny Gargano, it’s because squashing the best that NXT has to offer sends a better message of what he thinks of the brand.

Originally, I thought the match was much longer because I had only seen a clip of it on WWE’s youtube channel. When I got word of how long it actually was, I was stunned.

If the match had been longer you could argue that it was a decent match to set up a program between Kross and Hardy, but the length of the match would indicate a clear burial of Kross.

The length also negates that Hardy used the middle rope to get leverage on pinning Kross. Perhaps that was an attempt to make it look like Kross wasn’t getting beat clean, but it doesn’t matter in the end.

When you put it all together, it really looks like a masterful cluster f*ck, but this is the kind of nonsense I’ve been hearing about from the company for years now so it doesn’t surprise me anymore.

What does surprise me is how much rope they’ve been given to continue such nonsense by the network executives but that’s a rant for another day.

All in all, this is just another poorly booked Raw that ruined a budding superstar’s career.

Tune in next time to see who else they ruin.