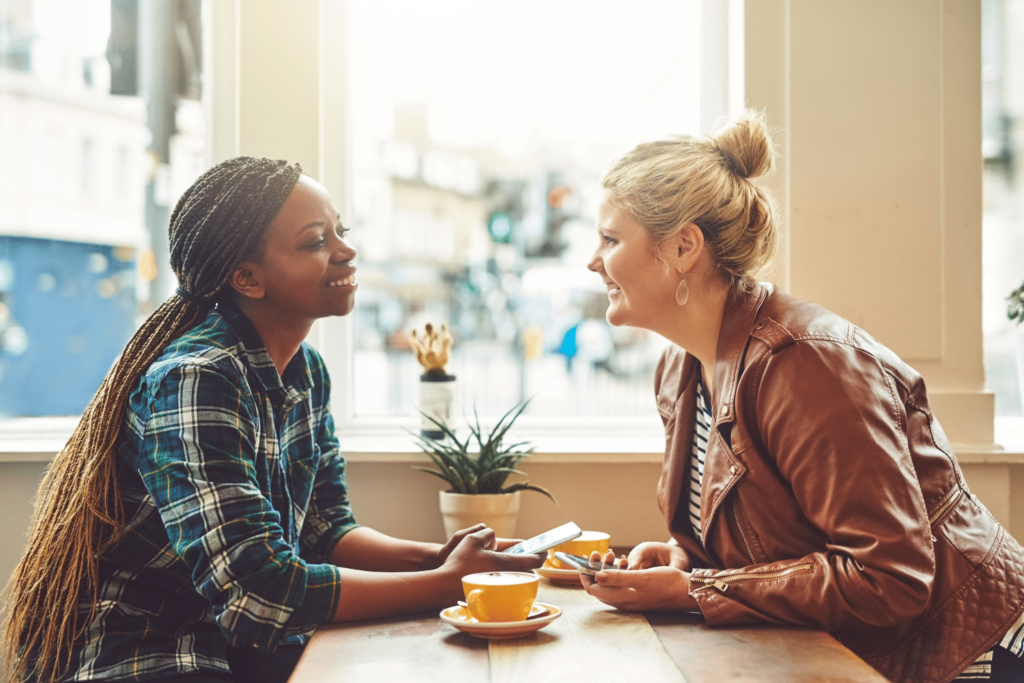 How To Write Dialogue Between Two Characters

Do you know how to write dialogue between two characters? It can be the difference between a great and mediocre screenplay.

Dialogue is what makes a screenplay come to life. The best screenplays are those that feel like a conversation between two people, with all the nuance and humor of real life.

Crafting dialogue may seem daunting at first, but with a few simple tips you can make your characters feel like real people.

In this blog post, we’ll discuss some basic principles of writing effective dialogue, as well as a few tricks to make your scenes sparkle. So read on to start writing some unforgettable dialogue!

One of the biggest problems writers face when learning how to write dialogue between two characters is making the dialogue sound natural. A lot of times, writers will try to force the dialogue to fit into the scene, rather than letting the dialogue flow naturally. As a result, the dialogue can end up sounding stilted and unnatural.

Another problem is that writers often try to have the characters say too much at once. In real life, people don’t usually speak in long, uninterrupted paragraphs. Instead, they speak in short bursts, with pauses in between. When characters speak too much at once, it can sound contrived and difficult to follow. The key is to strike a balance between making the dialogue sound natural and keeping it concise.

One other problem when writing dialogue for a script is that the characters sound alike. This can happen for a number of reasons, such as using the same word choices or sentence structures. To avoid this issue, it’s important to create distinct voices for each character. This can be done by giving them different mannerisms, speech patterns, and vocabulary. By following these tips, you can avoid some of the most common mistakes writers make when writing dialogue for a script.

Tips For How To Write Dialogue In a Script

Dialogue Must Advance The Plot

Emulating The Back and Forth Nature Of Conversation

One way to achieve the organic flow of conversation on the page is to emulate the back-and-forth nature of real-life conversation. This will aid in helping you know how to write dialogue between two characters. When two people are talking, they take turns speaking, with each person reacting to what the other has said. This back-and-forth can be difficult to replicate in writing, but it’s essential for creating realistic dialogue. One trick is to start with a short exchange, then have each character react in turn. For example:

CHARACTER A: I can’t believe it’s so hot out.

CHARACTER B: I know. The weather forecast said it would cool down by now.

CHARACTER A: Maybe we should go for a swim.

CHARACTER B: Sounds good to me. Let’s go!

By starting with a brief exchange, you can get a feel for the rhythm of the conversation before moving on to longer exchanges. With a little practice, you’ll be able to capture the natural flow of conversation on the page.

What Should Be In Dialogue Between Two Characters

Characters in a story should speak realistically, using contractions where appropriate and using language that is appropriate for their situation and education level. Dialogue should further the plot and develop the characters – it should not simply be a vehicle for exposition or repeating information that the reader already knows.

In addition, dialogue can be used to create tension or conflict between characters. By carefully crafting what each character says, the screenwriter can create scenes that are charged with emotion and that will keep readers engaged.

How To Write Dialogue That Gives Your Characters Personality

In any story, the dialogue should reveal something about the character speaking it. After all, how a character talks says a lot about who they are and what they’re thinking.

So, how can you make sure your dialogue is giving your characters the personality they deserve? Take note of the way people use various linguistic features, such as idioms, slang, and dialect. Then, try to imitate these same features in your writing. This will help to ensure that your dialogue sounds natural and believable.

Additionally, and I can’t stress this enough, be sure to give each character their own unique voice. This can be done by varying their word choice, sentence structure, and overall style of speaking. By following this advice, you can be sure that your dialogue will help to bring your characters to life.

Writing dialogue between friends is easy once you get the hang of it. Here are a few tips to get you started. Friends typically use slang, contractions, and informal language.

Then, try to replicate that in your own writing. Next, let your characters’ personalities shine through their dialogue. What do they like to talk about? How do they interact with others? By making your characters distinct, readers will be able to follow their conversations more easily.

Finally, don’t be afraid to let your characters argue with each other. Healthy conflict can make for interesting reading, and it can also help to move the plot along.

By following these tips, you’ll be well on your way to writing believable and engaging dialogue between friends.

Writing dialogue between strangers can be tricky. You want to capture the awkwardness and tension that comes with meeting someone new, but you don’t want the dialogue to sound stilted or contrived.

One way to strike this balance is to have your characters ask each other questions. This will help to establish a rapport, while also allowing you to reveal information about your characters’ backgrounds and motivations.

Another important tip is to keep the dialogue concise. When two people are just getting to know each other, they tend to speak in short, declarative sentences. This creates a sense of awkwardness and gives the reader a sense of what it feels like to be in the characters’ shoes.

There are a few things to keep in mind when writing dialogue between family members. First, think about the relationship between the characters. What is their history? What kind of dynamics do they have? This will help to inform the tone of the conversation.

Secondly, remember that family members often know each other very well, so the dialogue should reflect this familiarity. They may finish each other’s sentences or speak in shorthand.

And finally, don’t be afraid to show conflict. Families can be loving and supportive, but they can also be frustrating and challenging. The key is to write dialogue that feels realistic and honest.

When writing dialogue between enemies, it’s important to remember that there is still a relationship between the characters, even if it’s a negative one.

One way to do this is to have the characters say things that are cutting but not overly personal. For example, rather than having one character say “I can’t stand the sight of you,” you might have them say “You’re always in my way.”

This conveys the same message without making the dialogue sound too friendly. Another way to add tension to the dialogue is to have the characters interrupt each other or talk over each other.

This gives the sense that they’re eager to get their point across, and it makes the conversation feel more hostile.

Finally, consider having the characters use profanity or insult each other. This is a surefire way to make the dialogue between enemies sound believable and realistic.

one of the most common problems that writers face is how to deal with interruptions. After all, in real life, conversations are rarely neat and tidy affairs. As a result, it can be difficult to know how to replicate the messiness of an interruption in written form.

One approach is to have the character who is interrupted trail off mid-sentence, as if they’ve been caught off guard. For example: “I was just about to say that I think your new haircut looks great-“. The other character can then jump in and finish the sentence for them. This technique can be used to create a sense of tension or to reveal something about the relationship between the two characters.

Another option is to have the interruption come in the form of an interruption tag, such as “She was interrupted by a loud crash from upstairs.” This can be useful if you want to keep the focus on the speaker or if the interruption is particularly important to the story.

Whichever approach you choose, remember that interruptions should always be used sparingly. Too many interruptions can make a conversation feel frustrating and difficult to follow. Use them only when they serve a specific purpose in advancing the story.

How To Start Dialogue

It can be difficult to know how to start a conversation between two characters. One option is to have one character make a statement that the other character reacts to.

This can help to establish the tone of the conversation and set up the conflict that will drive the rest of the scene. Another option is to have one character ask a question that the other character responds to.

This can help to generate a back-and-forth exchange that feels natural and uneasy, which can be used to create tension between the characters.

How To End Dialogue

When you are writing dialogue for a script, it is important to keep in mind how the conversation will end. There are a few different ways to do this, and the best option will depend on the context of the scene.

One common way to end dialogue is to have one character leave the conversation. This can be done by having the character say goodbye or excuse themselves, or by simply having them walk away.

Whichever option you choose, make sure that it makes sense for the characters.

One of the things that makes movies so special is the way that they can transport us into other worlds and give us a glimpse into the lives of different people. One of the key elements that helps to create this feeling of immersion is the dialogue.

A great example of this can be found in the movie “The Social Network”. The film tells the story of Facebook founder Mark Zuckerberg, and in one scene, we see him engaged in a heated exchange with his co-founder Eduardo Saverin.

The back-and-forth between the two characters is sharp, witty and realistic, and it really helps to bring the world of Facebook to life on screen. This is just one example of how well-written dialogue can enhance a movie and make it truly special.

Dialogue is a powerful storytelling tool that can help you bring your characters to life on the page. In order to write effective dialogue, you need to understand what makes it work well and what makes it fall flat.

In this blog post, I’ve shared some tips on how to write dialogue between two characters that sounds natural and authentic. I’ve also give you some advice on how to avoid common pitfalls so your readers will stay engaged until the very end.

So, whether you’re working on a screenplay or just looking for ways to improve your fiction writing skills, use these tips to make sure you write amazing dialogue!