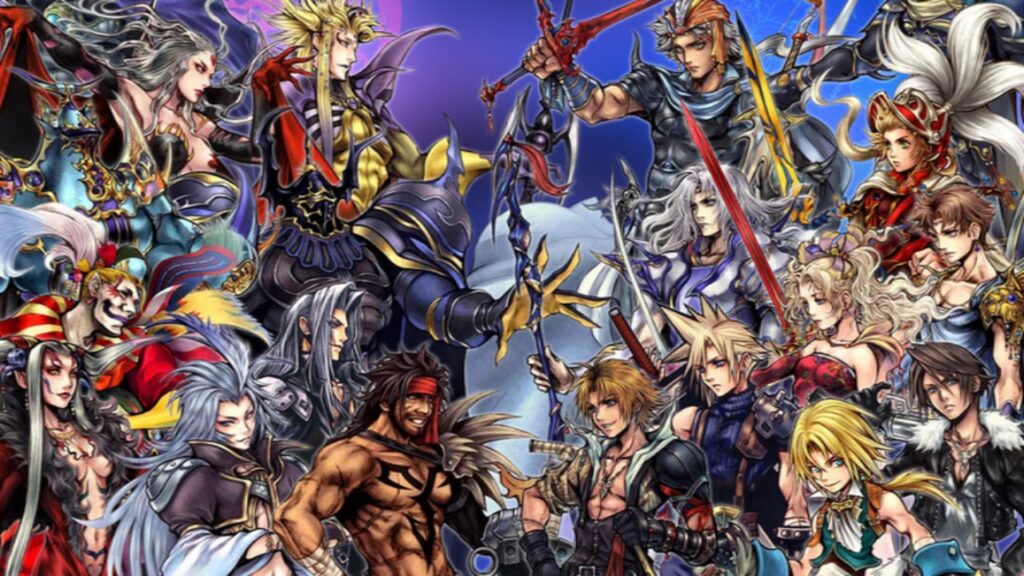 Screenwriting and Final Fantasy? You might be wondering how they’re related. Believe it or not, what screenwriters can learn from final fantasy characters for their fantasy script is how to use the different type of characters. When you’re writing a fantasy script, it would greatly behoove you to make use of these 6 types of characters:

So many superheroes have spin-offs based on their origin stories because characters are molded by their pasts.

Even though you don’t have to write thorough accounts of what happens to make your main character who they are today, having an idea of their origin can form your character and narrative.

Fantasy utilizes several tried and tested tropes and archetypes to grab the interest of longtime fans of the fantasy genre and its sub genres.

Princes, princesses, assassins, thieves are all common elements in final fantasy video games.  Many of the best games in this genre have protagonists of this origin..

In this blog post, we’ll explore what screenwriters can learn from final fantasy characters for their fantasy script so that you can help your script stand out from the crowd.

The term ‘whipping boy’, harkens back to an appointed position in the medieval European court, where a child was beaten with a whip in place of the royal heir.

Usually paired with the prince from a young age, they would bond. Their close friendship would serve as a deterrent for the royal heir’s bad behavior. If the prince got out of line, his friend would get the punishment in the heir’s place.

How To Use This Character

Depending on how you choose to characterize the prince, there’s many things you can do with this type of character.

Is the character sympathetic for his friend’s suffering or is he mean, purposely misbehaving to see the whipping boy get beaten?

Placing the main character in this tortured position sets up opportunity for a layered, character driven story that delves into the intricacies of duty vs. friendship.

You also have the option of using the prince as a villain: how much torture can the whipping boy endure before he snaps?

‘The man gives the sentence must swing the sword.’

Alright, Ned Stark, that could be a good practice and all, but it’s not how they did things during the Middle Ages.

Historically, some poor random was appointed to be the royal executioner by the king to do his dirty work. No one ever put their hand up to do this job because of the unsavory nature of the job.

After the initial royal appointment, the job was passed down through families in a bloody legacy of beheadings. As a result, these people became social pariahs of them all.

I don’t know about you, but I love a great protagonist with a tortured soul.

Having a main character that’s morally conscious forced into a life of crime is the kind of gut wrenching angst that really drives a dark, gritty fantasy.

The inciting incident of a bigger plot could happen any time they turn up for work due to the clear moral conundrum.

Does the execution of a victim cause a war? Is an acquaintance executed by the him, causing a long repressed desire to point the sword at their ruler?

Or maybe they’re ordered to execute a wizard, whose death causes a powerful curse or spell?

Not everyone born into the royal bloodline are destined to rule. There are aunts, uncles, cousins, disowned brothers and sisters in the family…

Any one of them could be inside of a throne room – so why waste time with a protagonist last in line to the throne?

Let’s check out some of the reasons.

Showcasing the frustrations your protagonist goes through on a daily basis is perfect way to get readers to empathize with their horrible situation.

Is the lowly royal forced to sit back and watch their relative fumble their kingdom into the ground when they are the best person for the job? In a family of tyrants, are they the gentle heart?

It doesn’t mean they can’t end up on the throne if you choose to write the script around your MC’s bad position.

Is our insignificant little hero the only one left after an act of war takes out the whole bloodline? Or do they go straight to the alignment spectrum when jealousy wins out?

The eunuch has definitely been given a bad hand in life. He’s had his genitals removed at a young age and now he’s been misrepresented in pop culture.

Game of Thrones brought eunuchs to the forefront in the form of Varys, the Master of Whisperers, better known as the Spider.

Even though his cunning and untrustworthy characterization wasn’t too far removed from the depictions to the Ming Dynasty eunuchs, eunuchs were mostly liked servants because of their perceived lack of personal agenda.

Eunuchs had powerful positions. A protagonist like this provides a great position to get into the intrigues of court life without having to rely on someone with a royal title.

Regarding the diversity exploration of gender identity or the impact of castration on the psyche, the character presents a great opportunity.

The door opens for an engaging story of redemption because the creation of eunuchs was a form of punishment.

Eunuchs were often shunned as outcasts because of the life long result of such a criminal sentence. This meant the protagonist is so versatile, he can be found either at the top or bottom of society.

It’s nice to find a script with a wider scope despite how many fantasy screenwriters predominately draw from Anglo-Saxon history.

Even though the harem comes off like a stereotypical teenage boy’s fantasy, it had a huge role in several Islamic countries of which the Ottoman Empire being the most famous.

Although, the harem did have wives and multiple sexual partners of the sultan, it was a home for children and other female relatives.

The women had great power and respect as they were in charge of raising future heirs that were nearest and dearest to the current ruler.

A member of the harem presents a good opportunity to build a strong, powerful female protagonist.

Between the struggle against the internal hierarchy of the women or manipulation of the ruler, there’s no shortage of engaging challenges to explore.

This platform allows you to explore polyamorous relationships and female sexuality with a huge number of women tied to one man.

Though, the protagonist could fight to get away from an oppressive and abusive situation, you can also explore empowerment and freedom with the character.

It’s your world so the norms are whatever you decide to make them.

Even though it’s not a flattering title, the wise woman of the medieval period was far less revered.

She was the poor man’s medic and was looked down on by the more traditionally trained physicians. She would diagnose and treat a range of conditions from sore throats and the common cold as well as childbirth and abortion.

Passed down through generations, herbal ingredients and ‘quack’ remedies relied on tradition and knowledge.

However, being a healer to the peasants wasn’t completely safe. It toed the line of witchcraft by mixing herbal concoctions, which resulted in trials where it was hard to prove anyone’s innocence.

The clear choice is to go down the witch path for the wise woman.

Is she using magic to help her patients’ problems? Does she purposely utilize the dark arts, or stumble on them by chance?

If you’re in need of an enemy bigger and worse than biased law enforcement, then consider the wise woman that can treat patient zero of a fatal new plague.

Is it maybe a mutated virus or magical bio-warfare?

Who really knows? I sure would like to find out.

These examples are what screenwriters can learn from final fantasy characters for their fantasy script.

This site aims to help screenwriters. To help out our fellow screenwriters, leave a comment to make the content easier to find.