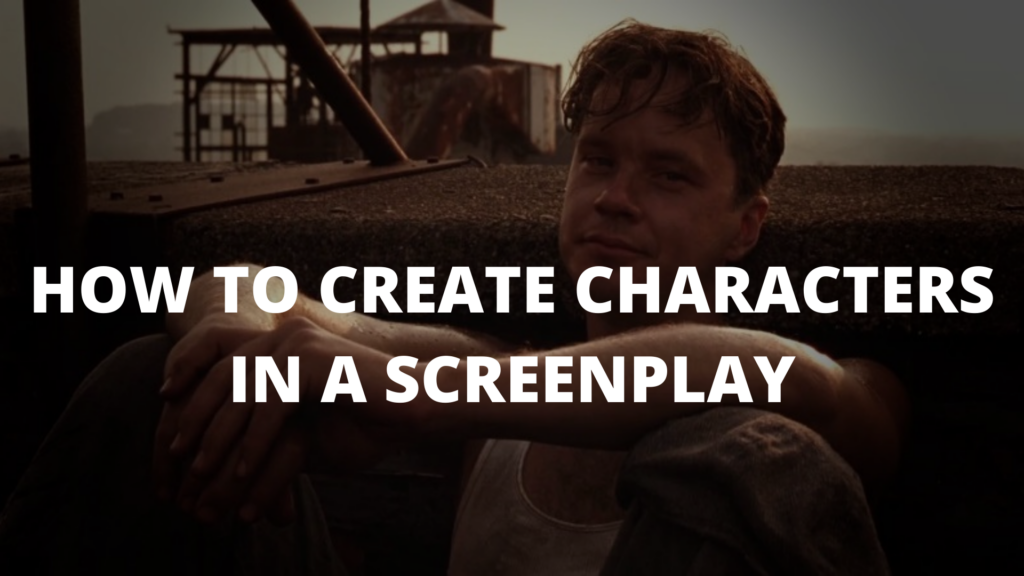 How To Create Characters In A Screenplay

The screenplay’s essential elements are the characters as every successful script contains compelling characters; otherwise, your script can be rejected. You must know how to create characters in a screenplay. In the well-reputed film industry, script writers try to write the winning screenplay. It’s their foremost job and a relatively competitive task because attention-grabbing characters sparkle on each story page. Characterization of character based on motivations, behavior, attitude and so many other factors makes it compelling, gripping, and plausible.

Development of character is necessary for a good story. Characters should enter the story as dimensional, non-stereotypical characters. They should have the ability to transform themselves in the character as the story wants them to act upon it more dimensional. Do not develop a character like a dummy, emotionless or fictional, but real by understanding how they think and act about their philosophies or attitude.

You would have to need to write every single emotional make-up to the surroundings and responses with whom they are interacting. If your character doesn’t come to life in the script, they won’t come alive on the screen either. It would be best if you asked few questions to yourself first, such as;

-What is the character’s goal or motivation?

-Why does he/she want to achieve the goal?

-What is becoming a hurdle in the character’s way to achieve that goal?

-How strengths or weaknesses of the character will help or hinder in the pursuit of this goal?

Character’s response defines their emotional lives as their attitude shows that the events in the story should make the character understandable and believable. It creates the audience’s sympathy and identification of the character through an emotional story of the screenplay. For creating characters, a dimensional sequence helps to define the character on each level. The character’s decisions and actions create an attitude toward life.

Making it simple to understand, you should know first how emotional acts affect the character’s personality like a cynical attitude results in despair, depression or withdrawal from life. It will create the character more aggressive, gloomy, bitter, or even angry, whereas the positive attitude results in a character who smiles, laughs, and optimistic. That’s why each character feels the other’s influence and responds through actions, and new emotions as the story affects the character or vice versa.

If you want to create a dimensional character, then a few things should be considered;

-Notice all the small details and character traits

-Utilizing a broad range of thoughts, actions, and emotions

However, the individual’s character should be expressed in the screenplay through actions and dialogue whereas actions will help expand and reveal character. So the film will become more dimensional because of the dimensional characters.

Creating characters for the screenplay isn’t a piece of cake because you need to focus every character intensely in detail and set its dimension of attitude. Simultaneously, the writer must have an expressive character by discovering the personal boundaries and single identity that separate the character from other people. It would help if you clarified your perceptions, eliminate the ambiguity, vagueness, misconceptions, and illusions to create a screenplay character. Here are the factors which develop characters in the story to make it successful.

The character can empathize with the film industry folks because if they don’t like your character, they won’t like your script or even reject the screenplay entirely, so focus on it primarily.

A good character should have goals and the ability to achieve them and show how dedicated they are to attain their goals. It should be the sole purpose of the single character that he would fulfill.

Whatever genre you are working on, or even if your characters have inner discord or disputes with others, their conflict must make sense. It would be interesting to raise a stake in the story plot’s scenes and make it successful.

Before creating a character for the screenplay, you should have a purpose in mind and narration somehow; otherwise, you must say goodbye to the character. As the producer will cut it down from the script.

All the created characters should have distinctive personalities; if they are interchangeable with other characters, you need to rewrite the script.

Humanize your characters by giving them identifiable appearance as they are non-human characters in your script.

When you create the character, they must have clear and plausible motivations that explain who they are and what action they take in the story.

While creating a character should specify its behavior and convey it accordingly, whether good or bad, emotional, physical, mental, or social behavior.

In your script, you must show how your character will show attitude towards other characters, relate to others or don’t fit in. So detailing the attitude should be according to the story highlights.

Characters’ flaws make them more identifiable and attractive, like insecurities and stakes.

How To Name Characters In Your Script

There is no science to naming your characters; you have your choices to name them. You can use devices combining uncommon words with common ones or avoid like-sounding names to hit the character’s personality. According to personality, to name a character with the best one will attract the audience and producers to care about the character. You can research the names of the characters and build a world where they belong.

Characterization of the characters of the screenplay story is essential when describing their worth in the script. It would be best to categorize your characters individually with their identification. The audience must invest and appreciate them. You should clearly explain in the script whether the character has negative or positive behavior to lead the story’s plot. If you failed to give importance to the character in the story, then the reader will reject the character and cut them from the script.