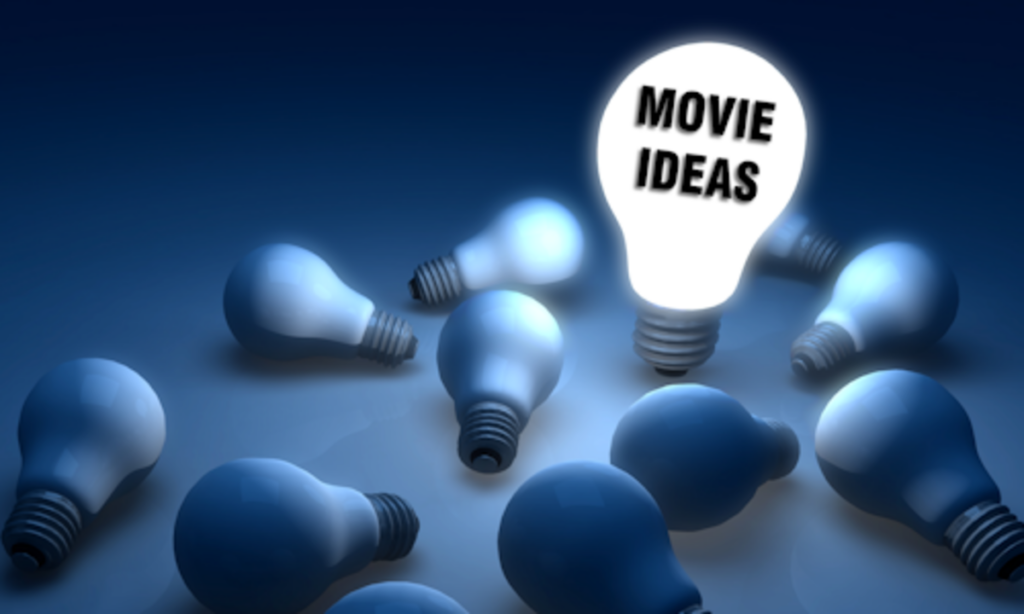 20 Great Ways to Come Up with Script Ideas

It’s not the easiest thing in the world coming up with original script ideas so using this list of 20 great ways to come up with script ideas can help the process go more smoothly.

The idea for a script is one of the most important parts of screenwriting. A poor idea will leave the writer disinterested and it’ll be a slough trying to get the script completed.

Hopefully, this list will help alleviate the difficulties of coming up with script ideas.

Walks are very helpful because they let you see the world, clear your mind and listen to people around you talk.

The thing about this list is that most of the suggestions will help distract or fool certain parts of your brain to start working.

Walking is not only good for this but helps you get exercise which is good for writers who are used to sedentary work.

2. Check Out The Newspaper For Script Ideas

The news can provide some ideas for characters in your script. When your idea is relevant in the world, it makes your script better.

You can use the headlines to inspire you to write a non-fiction account of the event.

Perhaps even the ads or comics can help you form the characters or premise of your script.

3. Kill The Protagonist Of A Movie

This is a different way of seeing things. Watch a movie and think about what would happen if the protagonist died early in the movie.

Think about the story that would ensue after that tragedy. Utilize that outcome to write a different story.

4. Use Your Own Life

Screenwriting is a cathartic exercise. Is there anything going on in your life that you could use for your story?

Did you experience a breakup, death in your family, or love? Throw that on the page. Use characters in the place of you and the people you know and you’ll have a completed script in no time.

5. Borrow Script Ideas From The Classics

Try this for an exercise; think back to when you had to read books in school and try to find a way to adapt those books to a different era.

What would it look like if Treasure Island was set in New York? Would Tom Sawyer be able to do what he did on the moon?

Main point to take away from this is that using the classics are fair game for inspiration.

Using public domain is a great way to get inspiring ideas. Even Disney has used public domain for ideas in their fairy tales and legends.

There are many stories that can be adapted from it. Don’t waste any time! Search for that perfect intellectual property you want to adapt into a story.

7. Continue Past The End Of Your Older Scripts

What’s happens after you type “End”? Try doing a story about what happens next.

Try to use different people to carry out this story after having been through what the other set of people went through in your previous script.

Try using one location for your script idea. Think of what the characters can say to each other confined to one setting. What kind of story can be told?

One great advantage of this strategy is that it will be very low budget and have a high concept which increases its chances of being sold.

9. What Can You Produce On Your Own?

If you plan to be an indie filmmaker, think about the things you have access to and write the movie that fits into the locations, actors, and set pieces that you have around you.

The public domain has the history. It has famous events that are talked about. Choose the history that excites and try to use that to write your screenplay.

11. Talk about Your Favorite Holiday

Every Holiday has some story behind it. From Thanksgiving to Christmas, there’s something there that explains why we celebrate them. Do research and see if you can come up with a story for your script.

Popular franchises rule the big screen. Try to steal and make fun of them at the same time.

You can even subvert expectations like how Game of Thrones changed the way we viewed and expected from fantasy. Try to see what you can add to the genre.

13. Look Into Using A Local Legend

Use what’s around you inspire your work. Was there a warlock that lived in the town? Is your town famous for a serial killer or has there been any alien sightings that happened?

Walks are good at conjuring up ideas like this as you look around at your surroundings.

This is a time when everyone converses and posts about what’s happening in their lives and the world online using social media. Peruse the random photos and posts. Maybe something might inspire a story.

Biopics are popular and people that are notable figures in the world are fair game when coming up with an idea. A person gets in the news every day. Try to make a movie out of them and how they got in the news. Don’t worry if a film has already been done on the person either. Afterall, there’s multiple Michael Jackson films.

16. Have Your Parents In The Logline

Why should you use your parents? Because what’s compelling is when average people are put in crazy situations. How would they respond? This is what drives the interest from the reader of the script. It’s also an interesting way to spice up an overdone idea.

Think back to when you were a kid. What would you have liked to see as a 10 year old? Write that film.

18. Tell A Story After The Joke

This is worthy of being on the list of 20 great ways to come up with script ideas because there’s always room for a story after a joke has been told. Why did the chicken cross the road? Tell what led up to the chicken having to cross the road and what happened after.

19. Tell A Story From the Villain’s POV

The reason why this is on the list of 20 great ways to come up with script ideas is because it offers a different and fresh perspective. With movies like Despicable Me, Venom, and Maleficent, it’s become very trendy to tell a story from the villain’s point of view.

Audiences are so used to following the hero’s journey so switch it up and follow the villain for a while.

20. Switch The Genre Half Way

Last on the list of 20 great ways to come up with script ideas is switching the genre half way through the script. Alien pulls this off perfectly by going from a space drama to a thriller. It throws the audience off and keeps them engaged.

What kind of switch can you pull off and keep the audiences glued to their seats?

If you ever need a little more help with coming up with script ideas, try reading “The Idea“.