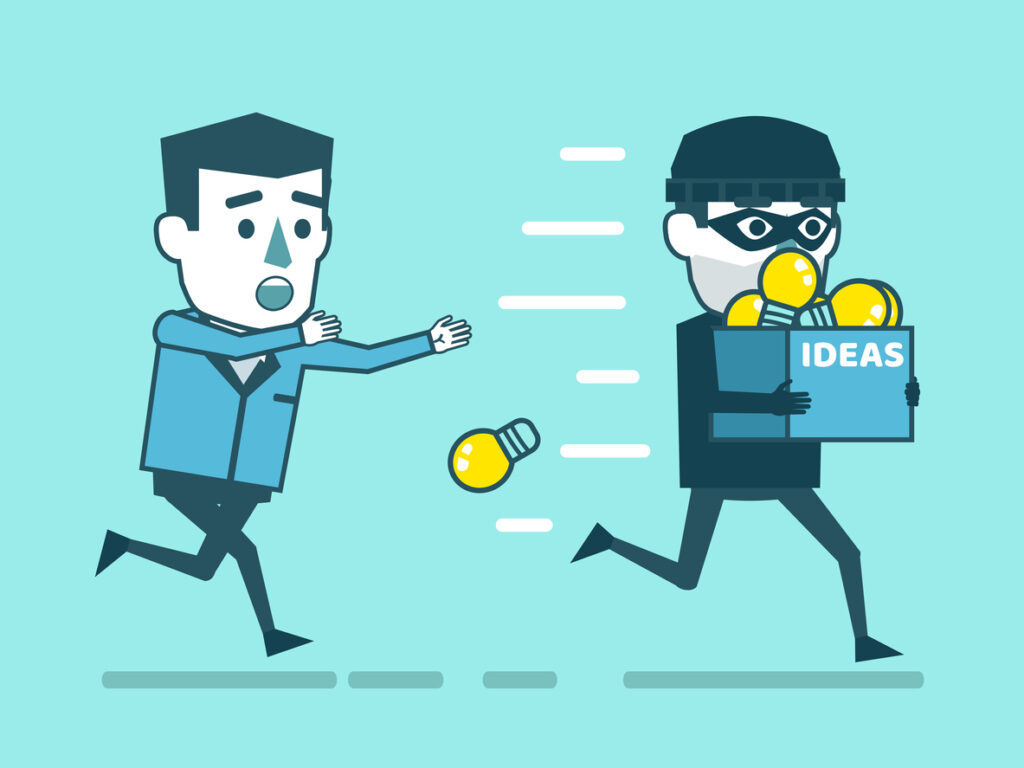 Could Someone Steal Your Script Idea?

Could someone steal your script idea? The thought of this happening scares many young screenwriters. Creating that million dollar idea just to have it stolen by a wily producer, a double crossing buddy, or worse, an untalented screenwriter. This causes many screenwriters to hide their best ideas out of fear that that they’ll end up losing them. So, let me comfort you.

You Don’t Have To Fear Anybody Stealing Your Idea

Someone in the ethers of the screenwriting world already has stolen your idea. No, your laptop wasn’t hacked into to spirit off your holy Final Draft files. As a matter of fact, they probably have never met you or talked about your idea with anybody. There’s a good chance that there’s at least 50 scripts with the same idea floating around the industry.

You’ve probably heard of Charles Darwin back in your high school science class. While Darwin was working away on his ground breaking (and as yet unpublished) Origin of Species over a 20 year span, another guy named Alfred Russell Wallace was doing the exact same thing. Unbeknownst to Wallace that he was working on the same thing as Charles Darwin, he gave a short paper on the subject to Darwin. Wallace has never met him before, but he wanted the famous scientist to give him some feedback before he submitted it to the publisher.

Think about how shocked Darwin was when he received Wallace’s paper. This is why producers have you sign such an insane amount of legal contracts before they agree to read your work. The chances that somebody somewhere is writing the exact same idea as you are high.

Ideas Are A Dime A Dozen, But A Great Script Isn’t

Wallace could have seen Darwin as stealing his idea when Darwin rushed his Origin of Species to the presses after reading his paper. Wallace’s reaction was the opposite. They became good friends and in the end, Wallace would go on to claim that his greatest accomplishment to the scientific world was goading Darwin to publish his revolutionary manuscript.

Wallace knew that science wasn’t changed forever because of the idea of the Origin of Species. Wallace understood that everybody who read it were captured by the execution of that idea. In the same vein, it’s not the idea of your script that’s going to get it sold. What’s going to capture the essence while also translating it and capturing the audience’s attention will be the execution of that idea.

All Writers Steal And You Should Too

Evolution wasn’t first pondered by Darwin and Wallace, nor were all the plays Shakespeare wrote originally invented by him. The Roman myth of Pyramus and Thisbe heavily inspired Romeo and Juliet. The Ur-Hamlet was updated with a newer play called Hamlet.  The Big Lebowski shamelessly steals from The Big Sleep. And a couple of real life guys that were friends with the Coen Brothers inspired the main characters. An old movie called Stagecoach influenced that terrific truck chase scene in Raiders of the Lost Ark.

Everyone and everything is stolen from great writers liberally; people, places, history, events, novels, plays, poems, songs, art, and of course, even other scripts. Screenwriters take elements, use them for inspiration, change, adapt, and repackage them for their own screenwriting, and build upon the work of all the greats who have gone before them. Even though they may have been influenced by the same sources, Pyramus and Thisbe is not Romeo and Juliet. The Ur-Hamlet is not Hamlet. The Big Sleep is nothing like The Big Lebowski. And Stagecoach could never be mistaken for Raiders of The Lost Ark. It’s near impossible for two screenwriters to write the exact same screenplay, which is why it doesn’t matter how similar the ideas are.

Nobody Can Write Your Script But You

Thousands of intuitive creative decisions at every turn are needed in order to translate an idea into script form. It’s extremely personal work. It’s unlikely that two screenwriters will make the exact same choices in the same way. The chances of another screenwriter stealing, stumbling upon and having the exact same “million dollar idea” that you’re laboring on for your script, are extraordinarily slim.

So stop being overprotective of your scripts. If another screenwriter thinks they can execute your idea better than you have, tell them to swing for the fences! And then go out and “steal” someone else’s work to try and one up them.

Darwin was so petrified of going out and pitching his ground breaking idea, that he almost got beaten to the punch even though he had 20 years of work on the subject, fame and a highly regarded reputation in the industry. Many young screenwriters make this same mistake by clinging ferociously to their ideas and never having a chance to share them with anybody. In order to sell your idea, you’re going to have to pitch it to someone. On that same note, if you want to refine your script, you’re going to have to let other people read it and see what other people think of it. You can take a class.  You can also talk to your friends.  Share your script.  Go and get the feedback your script needs.

My father used to tell me, you can’t hunt deer if you’re not even in the woods. This saying is also true for pitching. You can shout about it to the world if you have a great idea and have written the screenplay. That’s the only way you’re going to sell it so don’t be timid.

The Difference Between Stealing And Stealing

Flat out stealing somebody else’s script is way different than “stealing” someone’s idea and repackaging it for your own writing. It’s unlikely that a veteran producer will actually steal a screenplay from a screenwriter. Anyone who has gone through the trouble of actually making a film knows it costs less and is easier to pay you for your screenplay than to fight a plagiarism lawsuit. With that said, the bad kind of stealing does occur every now and then, so here is a list of steps you should take to protect yourself.

(please keep in mind that I am not a lawyer and the following does not constitute legal advice).