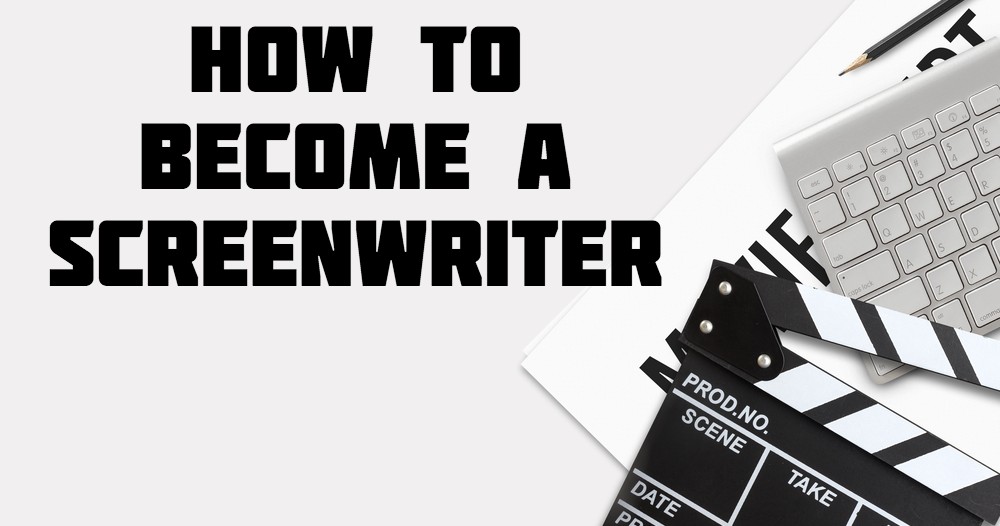 How To Become A Screenwriter

Suppose you are good at writing a story and your story has all the casting colors like characters, narrative arc, or drama that can be serialized on television. In that case, you can be a professional screenwriter. It’s the best time to invest your energy in the right place, do not let it go to waste, and steer it in a direction. All you need to do is know it entirely if you are determined to be a successful screenwriter.

First, you should be aware of what screenwriting is, and it’s a craft of writing scripts for film and TV shows as it can be individual or collateral effort of writers. Most importantly screenwriter works with the director and can control the creative process from start to end.

Who Is A Screenwriter?

One who writes the script for visual mediums such as television, film, documentaries, commercials, video games, online content, or educational stuff is known as a screenwriter. However, he is paid to write the screenplay, teleplays, treatments, and well-structured plot and dynamic characters in the screenplay.

How To Become A Screenwriter

The first thing that is very necessary for joining this field is to decide if you can write or not because it seems like an attractive job, but people can fail to fulfill it. If you can do screenwriting competently, you can self-employ or even get paid hundreds of thousands of dollars to let your imagination loose. You can emerge with your stories revered by people all around the world and gain recognition.

From the 1990s, screenwriting has massively increased in popularity and exposed big names in the production house such as Shane Black, who made six figures spec sales. While on the other hand, aspiring writers need to consider who is trying to become a screenwriter that not everyone is cut out for a career writing screenplays. So you must first decide whether to join the career or focus on other things to invest your efforts.

For a good experience, you need to learn the successful screenplays of your genre, such as if you are interested in the romantic comedy, get your hands on romantic scripts. When you find scripts that were produced, you will observe how it was translated to film and finished. Help yourself and invest in buying scripts, or google the desired thing. It will open up dozens of sites when you browse for ‘screenplay’ on google. Moreover, if you purchase a script, make sure that it is the film’s full script, not the transcript.

3. Master the craft of screenwriting

Some people have a thoughtful mind and are good at creating characters but not at interesting plots; others may find it easy to develop page-turning action and challenging developing character. To become a successful screenwriter, you must master all the screenplay elements, such as dialogue, theme, description, and formatting.

4. Move to another state

If you are an excellent screenwriter and think that your talent will be appreciated in other states, then go there, such as Los Angeles is the epicenter of the American film industry. The place is full of studios, production companies, and agencies; if you want, you can either shift to New York. You can seek out independent filmmakers and producers for your screenplay.

You should join some mentor program or find a person for aspiring screenwriters because mentor is a great way to get a foothold in the industry.

6. Get any job in the film industry

Becoming an assistant is the right job for upholding your career as it will help you make connections with executives and peers. When performing office tasks, you must show a positive attitude to get people interested in your script. Focusing on your attitude is crucial.

When you finished a graduate degree, it doesn’t mean you are ready for screenwriting, but you need a two-year MFA program to become a screenwriter. It helps people learn the structure and form of script writing and gives graduates the ability to teach. You can also take screenwriting courses to practice and build skills, as screenwriting books can also help.

You can create a group of writers to share their ideas regarding some TV shows etc., for future writing. This is the best way to work collaboratively on creative writing projects.

You must not wait for someone to hire you to write, but you should already have writing or keep building so if they ask you, you can present them a piece of work. It would be best to have synopses and query letters ready for each project and for about any genre.

It would help if you had connections to industry professionals to help steer your career, such as a manager will help you develop and market your script. An agent will find you opportunities and negotiate a contract with companies.

You can get notes on your written script for a little criticism, so when you finished your first draft, give it to 3 or 4 people whose opinion is trustworthy. Please focus on the word constructive criticism, not someone who likes or dislikes your script, so it will be useful to modify the script by getting notes.

Finally, when you think you have completed your script and checked it from all aspects, make some connections with producers by uploading it on websites. You can submit your screenplay to an online database to film festivals to get accepted as a screenwriter.

Not everybody can be a good screenwriter until they show that they can write screenplays that sell. It seems easy to some people and attracts them because screenwriting is a really fun career. But if they cannot plot a story or develop engaging characters in the script, they’ll never be a screenwriter. So you need to focus and learn by getting experience before indulging in this field.