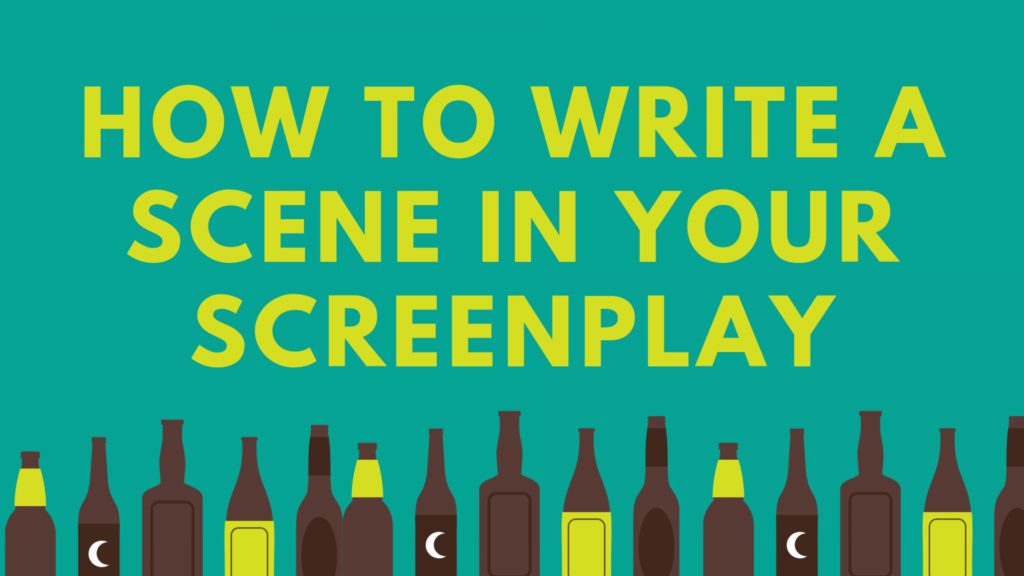 How To Write A Scene In A Screenplay

The scene is a significant element in screenplay writing that grabs the reader or viewer’s attention to engage people in what is going on next. Typically professional scriptwriters elevate scene writing to capture the reader’s mind. The sole purpose of screenwriting is to create words on a page that can convert into big-screen images. Sometimes script writing may be extracted from old novels to generate a story, but it’s quite different to write for a novel.

You must know that the writing must visualize into a film without focusing on the prose and unnecessary stuff. The scene is a part of the screenplay that bases the whole script writing because dozens of people in production will analyze it. So for time’s sake, it should be as descriptive as possible as you can see it. Here is a guide on how to write a scene in a screenplay.

The scene should reveal a bit of critical information when you start writing it, as it can create several nuances about the character or theme. That the only one overall critical piece will reason to get back the audience to the scene. The beginning line of the scene let the viewer or reader know what will happen in this scene now, so it’s a matter of revelation. It should be written engagingly or attractively to get connected to the reader’s mind.

The scene is a piece of information in the screenplay that demonstrates what will convert into action next. So people may understand the theme of the story or the pinpoint information writer provides to the screenwriting.

2. Give The Scene Just One Goal

A purpose must be there when writing a scene for the character to relate it and explain. If the character’s goal is to remain in its space and don’t overlook further, it must stay in the scene. Simple to understand, if the scene focuses on something, it doesn’t have another controversial statement. In the first line, you are talking about the meeting, and in the last line of the scene, you are explaining they broke up.

3. Give The Scene A 3 Act Structure

Since scenes are recognized by acts and writing a scene means giving it a 3-act structure like an overall movie. It includes a setup, complication, and resolution that is most essential scenes in the story like a call to action, big event, and midpoint. So the classic scene structure is based on these significant beats that represent Act Break. Then act 1 climax and ending of the scene must be written in the screenplay.

4. Not Every Scene Needs Conflict

Yes, for sure, not all the scenes must have a conflict to move on, but there must be a stake of losing or getting something. It is what people want to see, make them curious, attentive, and enjoyable. Some people raise conflicts and stakes in the scene to increase the interest in the movie. The overall scene’s momentum revolves around the characters and makes a clash between two goals give the scene a conflict. It is a trick to capture the attention of the reader or viewer.

Some people have in mind that every scene must contain conflicts, but you should avoid doing so often. If you make every scene in a screenplay and want to create a battle between protagonist and antagonist who wants the opposite, it will not be a good idea. So please don’t listen to the so-called superiors who think of themselves before your writings.

Scriptwriting is your task; not everyone should have their opinion, so if you think it in terms of what you want to reveal to the audience rather than a head-on crash between two characters. So writing a scene must discuss more details of the characters in the screenplay.

5. Include Some Visual Action

Always remember a good script based on scenes, including some actions, dialogues, and finding the proper balance between the two elements. It will make you write a thriving scene of the story. Such as meeting a character is an action, join them, and leaves each other are also actions in particular that create a scene.

The best scene writing is that you can visualize it; if you don’t understand it while reading it, then it’s no use and wasted script. Scenes of the story make it successful and flop so it depends on how you use the technique to make the scene understanding and engaging. The scene’s opening and closing from entrance and exit of the character explain within that Act.

6. Make Sure A Reversal Of Values

For the last step on how to write a scene in a screenplay, you have to make a scene good by having a reversal of values such that it starts with a positive charge and ends on a negative charge and vice versa. So the protagonist must understand the change by the end of the scene. Consequently, each scene in your screenplay should advance the plot, character, and theme of the overall story.

Screenwriters are professionals; they are the people who intensify the scene demand and beautifully convert their imagination into visual. Nothing is challenging to write a screenplay scene though it should stream with the story flow. You can then switch to a new scene when the character needs to change the location to complete his goal.

The above steps on how to write a scene in a screenplay hopefully make it easy for you to understand a few things. You can check further details in writing a screenplay to know how the scene hook up the reader and viewer. Scenes must not be descriptive only and should have a visualization that is needed for the script. A well-described script leaves the reader wanting more and filled with conflict to push forward the story outline. You can even make it better by avoiding micromanage scenes giving detail to reactions and actions, and must have a surprise in each scene.