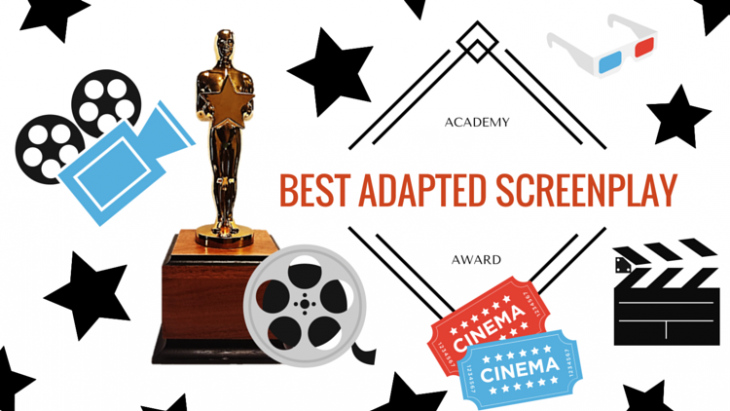 What Is The Best Adapted Screenplay?

Some movie fans might say that the best kind of film is one that is original and written specifically for the big screen. Others might argue that the best movies are those which are adapted from bestselling novels or other preexisting material. Which side is right? The answer, as usual, is it depends. There are certainly advantages and disadvantages to both types of films. However, when it comes down to it, we believe that the best adapted screenplay is one that when done well, can introduce a classic story to a new generation of fans. So, what makes a great adapted screenplay? I’m glad you asked! Keep reading to find out more.

What Makes a Good Adapted Screenplay?

10 Of the Best Adapted Screenplays

There are a number of excellent adapted screenplays that have been produced over the years. Here are ten of the best:

2. “To Kill a Mockingbird” by Harper Lee and Horton Foote – Another classic adaptation, this time from Harper Lee’s Pulitzer Prize-winning novel.

3. “The Silence of the Lambs” by Thomas Harris and Jonathan Demme – One of the most suspenseful and chilling films ever made, adapted from Thomas Harris’ harrowing novel.

4. “Schindler’s List” by Thomas Keneally and Steven Spielberg – A powerful and devastating film based on the true story of Oskar Schindler, who saved the lives of hundreds of Jews during the Holocaust.

5. “The Lord of the Rings” by J.R.R. Tolkien and Peter Jackson – An epic adaptation of Tolkien’s classic fantasy novels, brought to life in stunning detail by director Peter Jackson.

6. “The Departed” by William Monahan and Martin Scorsese – A gripping crime drama adapted from the original Chinese film “Infernal Affairs.”

7. “No Country for Old Men” by Cormac McCarthy and Joel & Ethan Coen – Another winner of the Best Picture Oscar, this time for its adaptation of Cormac McCarthy’s gritty novel set in the Texas borderlands.

8. “There Will Be Blood” by Upton Sinclair and Paul Thomas Anderson – This dark and masterful film was adapted from Upton Sinclair’s novel “Oil!” about the early days of the oil industry in California.

9. “The Social Network” by Aaron Sorkin and David Fincher – A modern classic, this film tells the story of Facebook founder Mark Zuckerberg and was adapted from Ben Mezrich’s book “The Accidental Billionaires.”

10. “12 Years a Slave” by Solomon Northup and Steve McQueen – Based on the true story of Solomon Northup, a free black man who was kidnapped into slavery in 1841, this film is a searing portrait of one man’s struggle to survive against overwhelming odds.

The Best Adapted Screenplay Awards are given out annually to the writers of the best adapted screenplay. The award is one of the most prestigious awards in Hollywood.

To be eligible for the award, a screenplay must be based on material from another source, such as a novel, play, or true story.

The award is considered to be one of the most important awards for screenwriters, as it recognizes their ability to take complex source material and turn it into a successful film.

Past winners of the Best Adapted Screenplay Award include some of the most celebrated names in Hollywood, such as William Goldman, John Irving, and Ruth Prawer Jhabvala.

There are many different types of awards that are given out for best adapted screenplay. The Academy Awards, or Oscars, are perhaps the most well-known. However, there are also the BAFTA Awards, The Writers Guild of America and the Critics’ Choice Awards, among others. All of these award ceremonies take place annually and honorary awards are given to the writers of the best adapted screenplay of the year. These awards are a testament to the hard work and dedication that goes into writing a great adaptation, and they provide an important recognition of the significant role that adaptors play in the film industry.

The Academy Awards are one of the most prestigious award ceremonies in the entertainment industry, and the award for Best Adapted Screenplay is one of the most coveted prizes.

In order to be eligible, the screenplay must be an original work that is not merely a faithful adaptation of the source material.

The Academy Awards are voted on by a group of film industry professionals, and the winner is typically announced at the annual awards ceremony.

However, in recent years there has been an increasing trend of screenplays being released online or through other means before they are officially nominated.

This has led to some controversy over whether or not these screenplays should be eligible for the award.

Nonetheless, the award for Best Adapted Screenplay remains one of the most highly coveted prizes in Hollywood.

The Bafta Best Adapted Screenplay is one of the most prestigious awards in film. Past winners include such luminaries as James Ivory, Anthony Minghella, and Darren Aronofsky.

Next year’s nominees are sure to be equally impressive, making the Bafta for Best Adapted Screenplay one of the most eagerly anticipated awards of the season.

The Writers Guild of America

The Writers Guild of America (WGA) is an organization that represents writers in the film and television industry.

One of the WGA’s most prestigious honors is the Best Adapted Screenplay award, which recognizes excellence in screenplay writing.

The Critics’ Choice Awards for Best Adapted Screenplay are given out annually by the Broadcast Film Critics Association to honor the best adapted screenplay of the year.

The award was first given out in 1995 and has been given out every year since. It’s been won by a wide variety of films, from historical dramas like “The Imitation Game” to biopics like “Steve Jobs.”

The winner of the award is selected by a vote of the association’s membership.

The nominees for the award are typically announced in December, and the winner is announced at the Critics’ Choice Awards ceremony in January. past winners of the award include Aaron Sorkin, Stephen Gaghan, and Paul Haggis.

What Is The Difference Between Best Original Screenplay and Best Adapted Screenplay?

One of the awards that is up for grabs each year is Best Original Screenplay. This award goes to the writer or writers of an original screenplay.

An original screenplay is a script that is not based on any other source material, such as a book, play, or true story.

Best Adapted Screenplay, on the other hand, is awarded to the screenwriter or screenwriters of a screenplay that is based on another source.

This could be a novel, short story, play, or even real events. adapted screenplay must stay true to the spirit of the original work while also adding something new for the screen.

Who Has Won The Most Best Adapted Screenplay Awards?

The best adapted screenplay Oscar is given to the writer of a screenplay that is based on material from another source, such as a novel, play, or true story.

The award was first given out in 1943, and since then there have been many great adapted screenplays. However, there are writers who have won the award more than any others.

Joseph L. Mankiewicz was the first person to win it twice and he won the award in two consecutive years, 1949 and 1950.

These writers have had a tremendous impact on the world of cinema, and their achievements are truly impressive.

Blonde with Ana De Armas is set to premiere September 8, 2022. I think it will win best Adapted Screenplay at the Oscars for 2023.

Blonde is a fictionalized account of the life of Marilyn Monroe. De Armas stars as Monroe. The screenplay was written by Emily Goldwyn and James Mangold. Goldwyn is the daughter of producer Ray Winners.

She has worked on several films, including The Fault in Our Stars and Bridge of Spies. Mangold is an Academy Award-nominated director, whose credits include Logan and Walk the Line.

He also won a Golden Globe for Best Picture for Walk the Line. Blonde is a co-production of Amazon Studios and Annapurna Pictures. It will be distributed by Warner Bros. pictures.

I believe that Blonde has a good chance of winning Best Adapted Screenplay because it has a great team behind it.

Emily Goldwyn and James Mangold are both very talented writers and have a lot of experience in the industry. They have also won awards for their work in the past.

In addition, Blonde is a co-production of Amazon Studios and Annapurna Pictures, which are both very successful companies. I think that the combination of all of these factors makes Blonde a strong contender for the award.

The Awards season is just around the corner, and with them comes a flurry of predictions for who will take home the coveted trophies.

One category that is always up for debate is Best Adapted Screenplay. Next year’s nominees will be an interesting mix of heavy hitters and newcomers, but there can only be one winner.

We’ll have to wait a few more months to find out, but in the meantime, let me know what you think in the comments below.