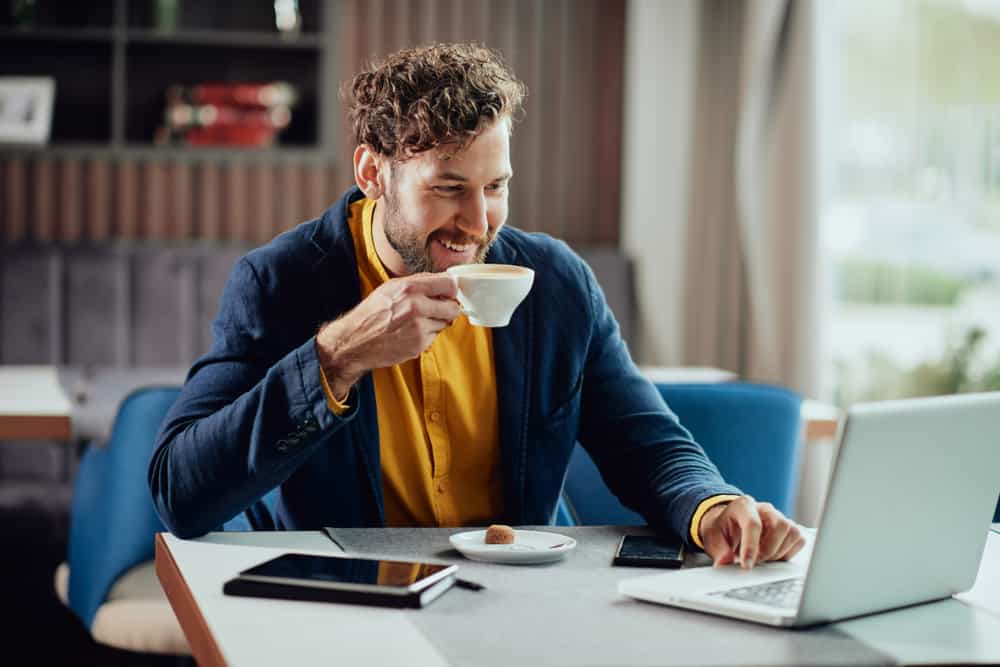 11 Of The Best Places To Write A Script In LA

In order to be considered an actual resident of the city of angels, there’s a couple boxes that need to be checked. Among those many boxes is finishing a screenplay. You should have a screenplay completed even if you aren’t in the business. (For the same reason you’re subscribed to HBO Max. It’s not necessary to have until it is.) Here’s a list of 11 of the best places to write your script in LA.

Everybody sees their self as a screenwriter, especially around their family during the holiday season. They’ve got a small menu and coffee that you’ll buy in order to get the wifi password. But what’s more important than that is a suitable space for you and your laptop. It’s a comfortable place and it has a surge protector for eight outlets. This should prevent any scuffles over power cords among the customers. It has good natural light and they enforce no talking while soft classical music plays. What more could you ask for?

This is a wine and beer bar located in LA’s Echo Park. This is where the whole neighborhood flocks to on a daily basis. It honestly feels more like a coffee shop though despite the fact they start serving alcohol when they open at 9 am. They’ve got couches that wrap around, a lot of tables scoured through out and a menu full of snacks if you’ve got an appetite. Many people in there are usually writing and losing their mind over an email their manager just sent them.

Heading into the Bourgeois Pig is like an otherworldly experience. They’ve got the typical stuff you’d expect from most cafes. They have tables all around, a place to purchase coffee and they even have billiards but this is not where the magic is in this establishment. That resides in the small room in the back that resembles a mythical forest filled with people just doing their best to make it to staffing season. There’s also a fake canopy, a hut covered with ivy and a fire pit. If you can’t conjure up any inspiration being in this tree trunk, you might need to check if you have a pulse.

This particular coffee shop is a resort with an outdoor park in it. The food and coffee are great. There’s ample room for you and your writing friends too.

Bonus: The bar, Mateo, is also in close proximity. This again combines screenwriters and alcohol like a real LA power couple.

This cafe is a Craftsman style bungalow located in Los Feliz. With several seating options of an open patio, high tops, counter, and booths, no screenwriter will go without their nook. They’ve got a decent food menu and it goes all through out the day. With that said, it does have one major drawback; there are no outlets. Make sure to come fully charged.

On the roof top of this modern marvel of a building sits quietly a sanctuary many people have never heard of. The Blue Ribbon Garden is filled with ponds, sculptures, mosaics and, in case you get hungry, edible flowers. There’s a lot of room to brainstorm great ideas since it has over an acre of land. With it being outdoors though, there’s no wifi or outlets.

Yes, it’s that ridiculously expensive furniture store located on Melrose Avenue in WeHo. If you think $500 candle holders and textured bark is all this place has to offer, you’re in the dark. It has a huge patio up on the roof with couches. It also has electric fire pits, free wifi and a quiet atmosphere that’ll allow you to concentrate on your screenplay. There’s no food or coffee served but you can grab something from home and bring it with you.

You know the saying. Bricks and scones may hurt my bones but words will never hurt me. Wait a minute…

Anyway, this place has a weekend retreat feel at the beach house of your college professor, who you might end up having an “entanglement” with before it’s all said and done. The second floor is secluded enough to stretch your legs out. There’s also free wifi and unlike much of LA, actually has ample parking. Did I mention it’s got scones? Lots of them.

This place is the place to be for the sensitive bro. You can check out the handcrafted motorcyles, look at the surfboards on the wall and also grab a mochaccino and some granola to chow on at the back patio while working on your screenplay.

There are many day spas in Koreatown. Wi Spa is the best out of all of them. It’s got it all from separate mens and womens floors, to family areas, a full service restaurant, computer rooms, a gym, a sauna and all within a huge four story spa. More importantly, it’s got a rooftop terrace where there’s free wifi, seating and a quiet environment perfect for a screenwriter trying to get lost in their screenplay.

Saving the best for last, the Writers Guild Foundation Library is the best place on this list to write not just in LA, but the entire world for screenwriters.

What Is The Writers Guild Foundation Library?

The Writers Guild Foundation Library is the one stop shop focused on writing for the screen.

It aims to save and promote the craft, history and voices of screen storytelling. They’ve compiled screenplays and other materials related to it and make them available to everybody who comes to visit. They also have wifi and a quiet place for screenwriters.

From film, television, video game, and radio scripts, they have it all. They also have papers, books, periodicals, and many other things they’ve gathered from writers. All these things that they’ve collected are focused on the history, biography, art, craft, and business of writing for entertainment and media.

Overall, if you’re really serious about screenwriting, look no further than this place. This library gives you the right environment to hunker down and get cracking on that screenplay.

And for those not in LA, this place is worth a trip if you ever visit. You can get so much done in a day at this library than anywhere else. The resources at your disposal that this library has are invaluable.

Yeah, you could probably just get these screenplays in PDF form on the internet but it’s not the same. There’s something about being surrounded by them and physically holding them in your hand. If you can’t tell, I’m into physical media. This library has more than could ever be found on the internet.

This library is beyond a shadow of a doubt the best on the list of 11 of the best places to write a script in LA.