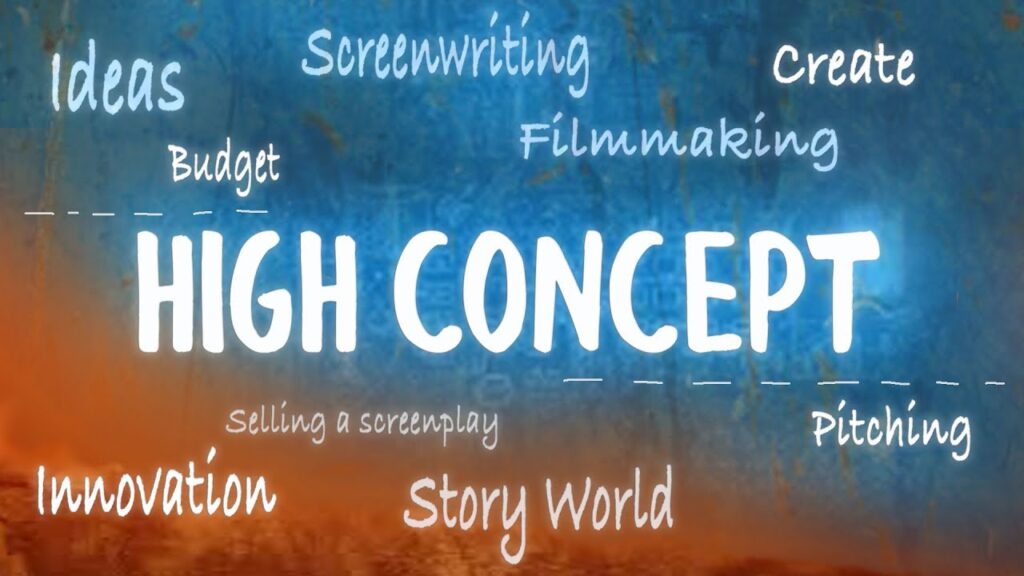 How To Write A High Concept Screenplay

Some define it as a mix of two films. In the film, The Player, the screenwriters pitched their film as Pretty Woman meets Out of Africa. This isn’t what is meant by high concept. They utilized a framing technique. This is something given before the pitch to get the listener ready for what’s coming. You name two well known movies that are similar to the film you’re about to pitch so the person you’re pitching to has an idea where your pitch will go. This is a typical pitching technique, but doesn’t define high concept.

YOUR PREMISE HAS TO BE ORIGINAL AND UNIQUE

The firs requirement of how to write a high concept screenplay is that your premise has to be original and unique. Usually a logline is 1-5 sentences. On average, loglines are typically 3 sentences long. This means you have to pitch in a concise and economical way that manages to grab the essence of the story and displays its originality. 1-2 sentences long are how long my pitches are. All screenwriters should work on trimming down their story into a single sentence to pitch whether it’s high concept or not.

When it comes to originality, we’re not trying to reinvent the wheel. We can inject a hook or twist to subject matter that’s been done before to make the material original. There have been many movies that have used the kidnapping plot before. The son of a wealthy businessman is kidnapped in the movie Ransom. There’s nothing new about the plot here. However, what makes it original is that the businessman uses the ransom to pay for a hit on the kidnappers instead of paying the ransom. Because of that twist, it’s original and also high concept.

Sticking with the same genre, look at the movie Ruthless People. There’s a similar pattern. There’s a wealthy man whose wife, gets kidnapped. The wealthy man rejects paying the ransom because detested his wife and saw it as the perfect opportunity to get rid of her. The impossible woman is now annoying the kidnappers and they have no clue what to do with her. It’s this special hook that makes it high concept.

YOUR SCREENPLAY MUST HAVE MASS AUDIENCE APPEAL

It’s doable to meet Requirement #1, but the story might be so out of this world that the appeal exists only in the mind of the screenwriter that came up with it. Nobody else.

An example would be if a boy woke up one day, turned into a bird, and flew to the moon. This hasn’t been done in film before, but who cares? Mass appeal means that based solely on your pitch nine out of ten people who you pitch your story to would pay ten bucks to watch your film. You must answer this question; are you writing for your own entertainment or are you writing to sell? You have to consider the marketplace if you’re writing to sell.

YOUR PITCH MUST BE STORY SPECIFIC

In order to do this, you should have particular details about your story that adds color and depth to make it different. Let take a look at the bank robbery plot. Suppose you have a story about 3 people that want to commit a bank robbery by tunneling underneath it, the response would be, “So.” The film Going In Style has a good twist on this plot. It centers around 3 senior citizens trying to rob a bank. One of them, who’s supposed to be the wheelman, has had their license revoked. The other that is supposed to be the lookout is visually impaired. The head honcho leading the group is 75 year old George Burns. These details spruce up the story and keep it from being boring and generic.

THE POTENTIAL IS OBVIOUS

The potential for humor should be clear in your pitch if you’re pitching a comedy film. There should smiles and laughter when you pitch. If it’s an action film, the person you’re pitching too should be able to visualize the action scenes in their head as you pitch.

YOUR PITCH SHOULD BE ONE TO THREE SENTENCES LONG

The last requirement on how to write a high concept screenplay is that your pitch for it should be 1 to 3 sentences long. The majority of pitches are this long. Even though some set-ups may be longer, you shouldn’t exceed 5 to 6 sentences. You shouldn’t be explaining what happens in each act unless you’re asked to do so afterwards. The premise of you screenplay is your focus. I’ve spent weeks crafting my loglines to have as much info in as few words possible.

So many screenwriters make the mistake of thinking the longer the pitch, the better the story. Nobody wants to hear a pitch that’s longer than reading the actual script. Most cannot pitch their story in a couple of sentences because they’re not familiar with the five requirements and don’t have the practice in making it concise and refining their pitches beforehand.

When pitching, explain what the screenplay is about and not what happens in it. Don’t start the pitch with, “My story is about a 27-year-old man named Hank, who lives in Oakland. He’s unhappy with his life. He goes to his office where he confronts his boss. He quits and goes home where he fights with his girlfriend.” That’s not how you pitch. That’s a dull revealing of the story which you should avoid by any means necessary.

The response you want to get when you pitch is “Wow! That’s great!” or “Why hasn’t anybody made that yet?” When you get glowing reception to your pitch when you finish, that’s how you know you’ve got them in the palm of your hand. That’s the sought after “touchdown!” That in a nutshell is how to write a high concept screenplay.