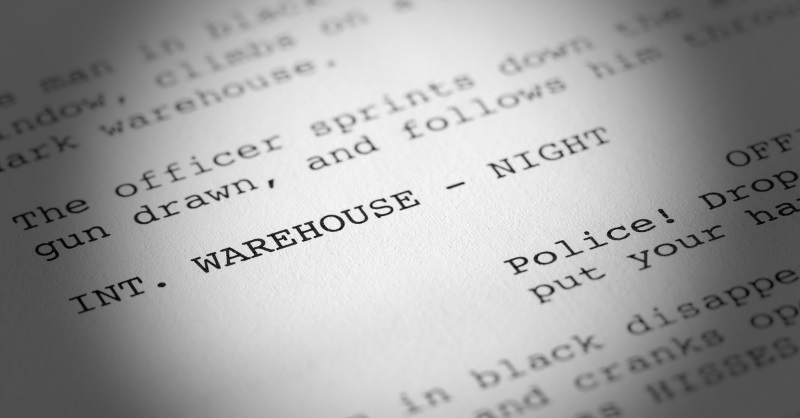 How To Improve Your Script

Script writing isn’t easy if you are not familiar with working on a laptop, screenwriting software and rewriting but where to begin can be confusing. Thinking for some time and not being able to get the scene’s plot in mind can feel overwhelming. If you’re in this situation, close the laptop and don’t see it again for a month or two. This is normal behavior when you have put so much effort and energy into the script already, and you have to make improvements in it before submitting it to the production company. But do you know how to improve your script?

You can improve your script writing by using different tools or following ten methods to skip your frustration and quickly jump into writing. You can go through them to experience the high-quality script writing that will be worth the effort and time you spent.

1. Remove The Unnecessary Characters From The Script

Some people are character obsessed and love adding people to the scripts even if it doesn’t make sense why they’re there. Putting everybody in the script can damage its image, so here is a solution; remove the least important character from your script. It will solve your frustration because if there is no meaningless character, you won’t need to explain it further.

2. Eliminate The Three Scenes That Do Not Match With Your Plot

Don’t worry; even the professional write pointless scenes like a 3-page scene, which was unnecessary for the story. Find out why it is that important and if not, then eliminate it from the script. Please get rid of all of the least required scenes, at least three scenes from the script to make it cohesive. It will help you understand the plot more.

It must be your skill to combine the scenes to turn your script into a lean and mean power machine that is a confined script. Merge the things up carefully and choose the scenes. For example, if a hero asks a girl for the prom and the next scene, he’s applying for a job, you can create one scene where he’s asking the same girl for work. It would be like killing two birds with one stone, so get six scenes and turn them into 3.

You must write your script precisely where it is needed, like every four-line section can be turned into three to be easy to read for the reader. Try to write short paragraphs; it will show your ability to confine things, so go through the script and shorten the long paragraphs everywhere you see.

5. Give Your Characters A Memorable Introduction

A memorable introduction and good description of a character is considered mature screenwriting, so don’t be part of traditional easy-to-forget characters. If you want to make them unique, add detailed descriptions to their character or give them some interesting task that the reader immediately caught.

Read your script carefully every scene and ask yourself honestly if you have seen that scene in some other movie or not. If you think it already happened, then change it or find an angle to move it. If it’s a short scene, don’t compromise the script’s quality and make a fresh one. People with amateur scripts write stuff similar to what they’ve already seen, so better to avoid duplication or reenactment.

If you want to improve your script writing, then take the three most decadent exposition scenes and show the moment instead of telling by the character. Instead of telling someone, his girlfriend broke up with him, show him burning her pictures. While you must differentiate in exposing or revealing in the script.

Scripts must be understood and impressive to tell what is going on. Messy and too many colorful words together can make it weird and confusing to understand for the reader. So always tell your story in simple words because if you add some flavors, it will complicate your story’s plot.

9. Place Your Character In Different Locations

It is not like all the same type locations in each story, like talking in coffee houses, living room, or restaurant. You can be creative and make it somewhere different, increasing the script’s interest, so spice up the places. For example, two talking on a river bridge are at puppy daycare, fixing the satellite on the roof while talking, etc.

The last way for how to improve your script is to never cheat your margins. Some people cheat their margins while writing the script, so they take more time to read it than other writings since both are equal. Typically they fit more words onto a line and more lines onto a page using a formatting tool known as old Final Draft ‘tight.’ It feels like the script is taking forever to read when you read and think it’s 20th page, when it’s actually at 10. It’s an immensely frustrating moment, so make sure the horizontal and vertical margins are not cheated. Some people get to know this trick, and your script can be thrown into the dustbin by the producer.

If you want to improve your script before submitting it to the company’s producer, you should check it first. You can read it out loud, so you will hear if the narration is dragging on too long and which lines are natural or forced. It is the best way to point out the script’s mistakes or the grammatical and spelling errors. You will find the difference between reading it out for 90 minutes than to read on a computer screen for weeks.

The best script is a mirror of a bright and creative mind; you can show your script writing skills or improve the script by the above tips. These tips will increase the interest of the reader while reading it, and appreciation will be assured. This is how to improve your script and make it more professional.

2 thoughts on “How To Improve Your Script”