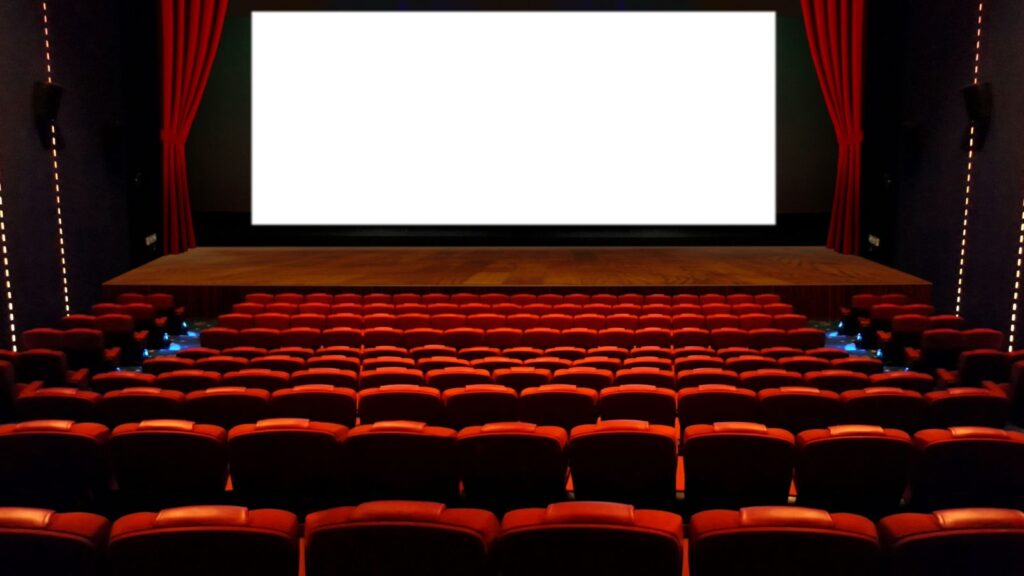 With Warner Bros. deciding to move its movies in 2021 to HBO Max, it’s led many to rejoice. At last, they won’t have to put up with the inconveniences of viewing a movie at a theater. The move has set a seismic shift in the movie industry with some saying there may not be a middle man anymore to distribute the movies with all the streaming services nowadays. If the movie theaters go the way of the dinosaur, here’s 5 things you’ll miss about the movie theaters.

Yeah, I’ve heard it all before. “I have a big tv at home”. Sure you do. Listen, unless you’re rich, you don’t have a tv that’s comparable to the size of the movie theater screens. I can’t tell you how many people fool themselves into thinking otherwise. Your rinky dink home entertainment center pales in comparison. How do I know? Because odds are you and I are in the same tax bracket and I can’t afford anything that can simulate a real movie theater.

This is yet again another brag the introvert mob likes to throw out. Their popcorn is better than the popcorn at the theaters. DOUBTFUL. Reminds me of the part in the Eddie Murphy comedy special, Delirious, where he asks his mom for McDonald’s and she tells him that she can make a burger better than McDonald’s. Then she proceeds to make something far inferior to the real thing. I can’t take it anymore. You can’t CAN”T make that popcorn at home. It’s one of a kind, delicious, and you can dump gallons of liquid butter on it. Don’t kid yourselves. You simply can’t contend with it.

Many people say what will be the lost is the movie experience. I disagree with that. Watching a movie is a movie experience. What you’ll lose with the absence of movie theaters is the special experience. Let me explain. Do you remember what it was like as a kid during the month of December waiting for Christmas. There was anticipation of opening up the presents that you wanted so bad. Now imagine if you were given presents once every month, week, or day. How special would Christmas really be if that were so? Christmas is a once a year special occasion. Streaming movies just isn’t special. Yeah, there’s anticipation for that movie, but the whole entire atmosphere has changed. The theater was Christmas day. It was that place where you unwrapped the presents. Now streaming has taken away that special feel. Now it’s the place where you watch any other show or movie and that takes away the vibe that can’t be replicated at home.

For those that complain about rude people on their cell phones or talking too loud, I admit that can be annoying. Going to the theater at 8 pm on a Friday night is bound guarantee a packed house. However, my most favorite movie theater experiences have been when I went at odd hours of the week. I used to hit up the last showing which was at 10 pm on a Monday or any day in the middle of the week and there wouldn’t be more than maybe a handful of people in that theater. It was AWESOME! I understand that people have school and work but for those who so vehemently hate being disturbed while watching a movie, there were options to avoid that and have a great experience.

If you’ve ever watched a Marvel film in the theater with a bunch of people, it has a different type of energy that can’t be duplicated at home. The collective laughs, sighs and the cathartic range of emotions are infectious. When you’re watching by yourself, there’s no connection to the collective and it’s almost like a void without an audience. Have you been watching sports during this pandemic without fans in the stadiums and arenas? Didn’t it feel jarring without people screaming and yelling at the top of their lungs? That’s what watching some of those blockbusters can feel like when you’re by yourself. Just an empty lonely feeling.

So when it’s the year 2045 and there are no movie theaters anymore, think back to the great times of the past because I guarantee these will be 5 things you’ll miss about movie theaters.