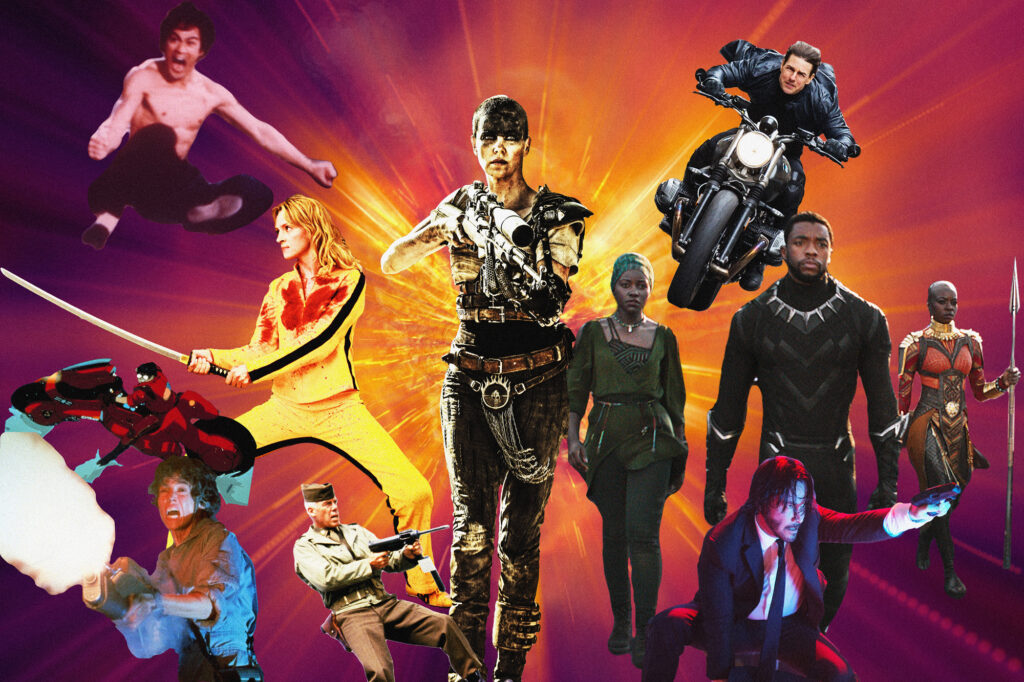 How To Write Dramatic Action

Screenwriters know that drama is essential to keep audiences engaged. But what exactly constitutes dramatic action, and how can scripts be crafted to achieve it? In this article, we will explore the key ingredients of effective dramatization, and offer tips on how to bring your scenes to life. So whether you’re starting from scratch or fine-tuning an existing work, read on for inspiration and guidance.

What Is Dramatic Action?

Dramatic action is defined as the moments in a story that advance the plot and create conflict. These are the scenes that keep readers engaged and turning the pages, anxious to see how the characters will resolve the situation. While dramatic action can sometimes be fast-paced and intense, it can also be more subtle, slowly building tension until it reaches a boiling point. No matter what form it takes, dramatic action is an essential ingredient in any good story. Without it, the plot would stagnate and the reader would quickly lose interest. Therefore, if you want to write a compelling story, make sure to include plenty of dramatic action!

Essence and Purpose of Dramatic Action

The essence of dramatic action is to create suspense and interest by revealing the characters’ internal conflict and struggles. The purpose of dramatic action is to reveal the characters’ true nature and emotions, and to provide a resolution to the conflict. By carefully choosing what actions to take and when to take them, the writer can control the pacing and tension of the story, keeping the reader engaged from beginning to end. Done well, dramatic action can be highly effective in illuminating the human condition and providing entertainment and satisfaction.

A vital incident is a scene in a story that is essential to the plot. Without it, the story would not make sense or have the same impact. The term can also be used to describe a moment in real life that is significant or meaningful. A vital incident usually has high emotional stakes and can involve life-changing decisions. It is often a turning point in the story, after which things will never be the same. In some cases, a vital incident may be foreshadowed by earlier events, hinting at the importance of what is to come. Other times, it comes as a complete surprise, adding an element of suspense to the story. Whether it is expected or unexpected, a vital incident is always pivotal to the plot and can often be thought of as the most dramatic moment in the tale.

Conflict is the engine that drives drama. Without conflict, there is no story. In order to create conflict, dramatists often pit characters against each other, setting up opposing forces that must battle for supremacy. This can take the form of physical altercation, as in a fight scene, or psychological warfare, as in a power struggle between two people vying for control. Sometimes, the conflict is internal, as a character struggles to overcome their own demons. In any case, conflict creates tension and suspense, making for a more compelling story. It is what keeps audiences engaged and invested in the outcome of the story. Without conflict, there would be no drama.

Action and Dialogue in Dramatic Action

In any good story, there must be conflict. Without conflict, there can be no story. But conflict does not always have to take the form of physical violence. Indeed, some of the most compelling stories are those in which the conflict is primarily internal, with characters battling their own demons. This is where action and dialogue come into play. Good action scenes are those in which the characters are fighting for something more than just their lives. They are fighting for their beliefs, their values, their very way of life. And good dialogue is that which brings this conflict to life, giving it a human face and making it relatable to the audience. In short, action and dialogue are two of the most important elements of any good story. without them, a story is little more than a dull recitation of events. With them, a story can be anything from a heart-pounding thriller to a thought-provoking drama. It all depends on how they are used.

In any drama, the stakes must be high in order for the story to be compelling. If the stakes are low, then the audience will have no reason to care about the characters or their situation. For example, consider a story in which a character is trying to decide whether to take a new job. The stakes in this story might be whether or not the character gets the job, but they could also be much higher.

Perhaps the character is considering leaving a comfortable but unfulfilling position in order to pursue their dreams. In this case, the higher stakes would be whether or not the character achieves their dream, and the story would be more engaging as a result. Of course, there is a balance to be struck between high and low stakes; if the stakes are too high, then the story may become melodramatic and overblown. Nevertheless, in order for a drama to be gripping, it is important that there is something at stake.

In a film, the actors must tell the story through their actions rather than through exposition. This is known as “show, don’t tell.” In order to effectively show rather than tell, the actors must be able to convey the events of the story clearly through their body language, facial expressions, and tone of voice. The set design and props also play a role in showing the story. For example, if a character is supposed to be sad, the set might be designed to look dreary and grey. Showing rather than telling allows the audience to experience the story in a more immersive and effective way. Through their actions, the actors must transport the audience into the world of the play and make them feel as though they are witnessing the events unfold firsthand.

Cause and Effect in Dramatic Action

In any good story, there must be a cause and effect in the dramatic action. The reader must be able to see how one event leads to another in order for the story to be believable. Without this cause and effect, the story would simply be a series of unrelated events. For example, if a character wakes up and finds that they have suddenly gained superpowers, this event needs to be caused by something.

Perhaps they were exposed to radiation or took a mysterious serum. Without a cause, the event feels random and unimportant. Similarly, the effects of the event must be logical and consequential. If the character with new superpowers decides to use them to rob a bank, this action must have repercussions. Perhaps they are caught and jailed, or maybe their actions inspire others to use their own abilities for good. Either way, the cause and effect of the dramatic action is essential for creating a believable and engaging story.

In a film, the action is presented in a series of scenes. Each scene usually takes place in a single location and focuses on a specific event or sequence of events. The structure of a scene can vary depending on the needs of the story, but most scenes follow a similar pattern. The exposition is used to introduce the characters and setting, and to establish the conflict. The rising action builds towards the climax, as the conflict intensifies and the stakes become higher.

The climax is the moment of highest drama, when the outcome of the conflict is decided. The falling action follows, as the consequences of the climax are revealed and the story begins to wrap up. Finally, the resolution brings the story to a close, tying up any loose ends and providing closure for the characters and audience. By understanding scene structure, screenwriters can create powerful dramas that keep audiences engaged from beginning to end.

Your story’s climax should be a turning point, the moment when your characters must confront their fears and make a decision that will determine their fate. The challenge for you as a writer is to create suspense and anticipation so readers will want to keep turning the pages. By using the techniques we’ve talked about in this article, you can bring your scenes to life and keep readers glued to your story until the very end. So what are you waiting for? Start writing those dramatic action scenes today!