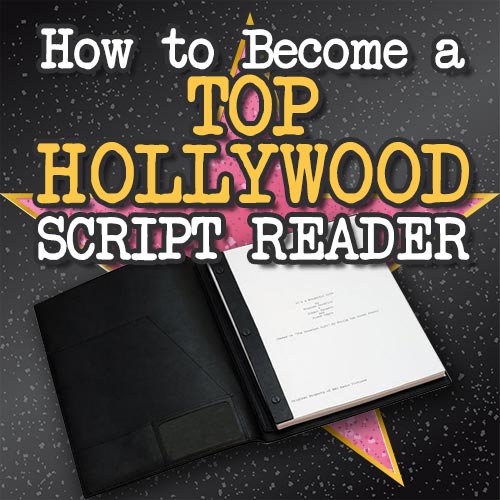 How To Become a Script Reader

What Is a Script Reader?

Script readers are an important part of the film and television industry. They are responsible for reading and providing feedback on scripts, as well as identifying potential problems with the script. The process of becoming a script reader can vary depending on the company or studio that you work for. However, there are a few steps that are common to most script reading jobs.

Why You Should Want To Be a Script Reader

In addition, you must be able to work quickly and efficiently in order to meet deadlines. script reading can be a demanding but rewarding career for those who are passionate about film and television. If you have a love for movies and television and want to help shape the stories that are being told, then script reading may be the perfect career for you.

Why You Shouldn’t Want To Be a Script Reader

In addition, script readers often have to give feedback that the writers don’t want to hear. Script writers are usually very attached to their work, and they can be defensive when receiving criticism. As a result, script readers have to be tactful and diplomatic in their feedback. Finally, script reading can be a very competitive field.

There are far more people who want to be script readers than there are actual jobs available. For all these reasons, being a script reader is not always as glamorous as it seems.

How Much Does a Script Reader Get Paid?

According to Glassdoor, the average script reader in the United States earns $51,847 per year. However, pay can vary depending on experience, location, and the size of the production company. For example, script readers working for major studios in Los Angeles may earn significantly more than those working for independent productions in other parts of the country.

In addition, script readers might receive bonuses or other forms of compensation for their work on particularly successful projects. So while there is no one-size-fits-all answer to the question of how much script readers get paid, it is clear that these professionals don’t earn a significant income.

Process For Becoming a Script Reader

First, you will need to have a strong understanding of the film and television industry. This can be gained through experience working in the industry, or through education at a college or university. Next, you will need to submit your resume and cover letter to potential employers. Once you have been selected for an interview, you will be asked to read and provide feedback on a script. If you are successful in this stage of the process, you will be offered a job as a script reader.

Tips For Becoming a Script Reader

A script reader is not a Hollywood insider with access to the best scripts and the hottest projects. Script reading is a relatively low-paid job, and most readers are just starting out in the industry.

A script reader may read hundreds of scripts in their career, and only a handful will be made into movies or TV shows. It can take years to find the right script to produce.

Even if you don’t get the job you want right away, keep trying. Network with other script readers and industry professionals, and don’t give up on your dream of working in Hollywood.

Read As Many Scripts As Your Can

The more experience you have, the easier it will be to identify common mistakes and problem areas.

Don’t just skim through a script; really take the time to analyze it and understand what’s going on.

Remember that your job is not to judge whether a script is good or bad, but simply to point out its strengths and weaknesses.

Familiarize Yourself With The Screenwriting Rules

As a script reader, you will need to be familiar with the screenwriting rules in order to provide accurate feedback. Here are a few of those rules to know:

If you want to become a script reader, one of the best things you can do is practice giving script coverage. This will not only help you develop the skills necessary to be a successful reader, but it will also give you a chance to see how other readers work.

Don’t just practice reading produced scripts, read specs. Read as many specs as possible. A spec is a script that has not been purchased or optioned by a production company. By reading specs, you will get familiar with the different types of scripts that are out there.

If you are interested in becoming a script reader, the best way to get started is to network with people in the industry. Attend film festivals, meet-ups, or other events where you can connect with scriptwriters, directors, or producers.

You can also join online forums or communities dedicated to scriptwriting or filmmaking. By networking and building relationships with people in the industry, you will increase your chances of getting your foot in the door as a script reader.

If you want to become a script reader, the most important thing is to not give up. While the path to becoming a script reader may not be easy, it is certainly attainable if you are willing to put in the hard work. The first step is to familiarize yourself with the film industry and learn as much as you can about scriptwriting and filmmaking.

One way to do this is to take courses or attend workshops offered by film organizations or schools. Additionally, it is helpful to read industry publications and trade magazines. Once you have a strong understanding of the film industry, you can begin to look for script reading opportunities. There are many ways to find these opportunities, including online job boards, networking at industry events, or through personal connections.

Keep in mind that script reading is a competitive field, so it is important to stand out from the crowd. Make sure your writing samples are error-free and showcase your ability to provide insightful feedback. If you are passionate about becoming a script reader and are willing to put in the time and effort, you will eventually achieve your goal.