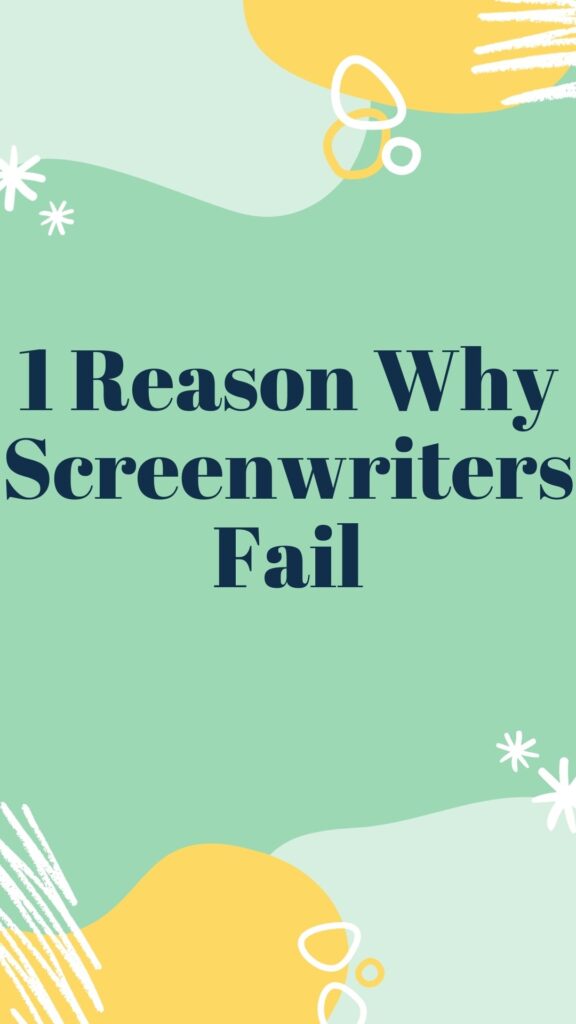 Sadly, screenwriters don’t see their work as a complete finished work in of itself. They just see it as step 1 toward the final product. I got news for you. Unless you’re a director, the script you wrote is the final product.

“But how can that be? It’s a script. Scripts are written to be made for TV or film.”

WRONG! Yes, they could be used for those purposes, but to believe that’s the only way they can be used shows that you’re succumbing to the slave mentality. The slave mentality has conditioned screenwriters to believe there’s only one thing they can do with their script and there’s only one path to prosper in screenwriting and in today’s world, with all that we have at our disposal, this just isn’t true and anybody that tells you different is lying to your face.

Go back and read my post 5 ways to sell your screenplay. In that post, I go over how you can build a following for your work in order to sell your screenplay but guess what. Once you have a following, it opens up doors to what you can do with your work. You could sell it or you could profit from the following through ads, affiliate links etc. If you’re locked into the traditional route of being a screenwriter, a route seldom see any sizable success in, then you’ve given in to the slave mentality and you won’t see a modicum of success. Worse, you won’t be free to create the way that you want to.

Be free and live the radical lifestyle pertaining to your screenwriting journey.