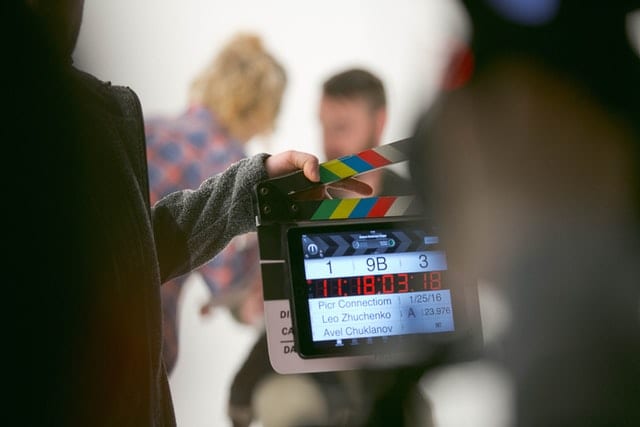 How Many Scenes Should Be in a Movie Script?

How Many Scenes in a Movie?

How many scenes are in a movie? It depends. Some movies are made up of just a handful of scenes, while others have hundreds. The number of scenes in a movie is determined by the story that the screenwriter wants to tell. In some cases, a movie may only have a few key scenes that are essential to the plot. In other cases, a movie may be designed to feel more like a series of vignettes, with each scene offering its own snapshot of the story. Ultimately, there is no right or wrong answer when it comes to how many scenes should be in a movie. It all depends on what the screenwriters are hoping to achieve.

How Long Should a Scene Be?

How long should a scene be? The answer to this question depends on a number of factors, including the purpose of the scene, the number of characters involved, and the amount of action taking place. In general, however, a scene should be long enough to allow the characters to interact and develop their relationship, but not so long that the reader becomes bored or confused. Ideally, a scene should be just long enough to advance the plot and provide some insight into the characters’ motivations and personalities. By carefully considering these factors, writers can ensure that their scenes are just the right length.

How Should a Scene Be Structured?

The length and structure of a scene will vary depending on the story you’re telling and the particular needs of the moment. However, there are some general guidelines that can help you to make these decisions.

Generally speaking, a scene should be as long as it needs to be to accomplish its purpose. If the purpose of the scene is to establish characters and setting, then it will likely be shorter than a scene that contains conflict and resolution. Similarly, a scene that is intended to be suspenseful or action-packed will generally be shorter than one that is meant to be reflective or introspective. Ultimately, the goal is to keep the reader engaged, so err on the side of brevity if you’re unsure.

How Many Beats Should Be in a Scene?

As for the number of beats, this will also vary depending on the needs of the moment.

A beat can be simply defined as a unit of action or dialogue. However, there is so much more to it than that.

A beat entails the rhythm, timing, and tempo of a particular scene or action. It also takes into account the emotions and body language of the characters involved. All of these factors work together to create an engaging and interesting experience for the reader or viewer.

Why Are Beats Important to a Scene?

In a screenplay, the beats are the small, key actions that move the story forward and advance the plot. Without beats, a scene would simply be a collection of dialogue and description with no purpose or forward momentum. By breaking down a scene into beats, writers can ensure that each moment serves a specific purpose and contributes to the overall story.

Additionally, beats can help to create a sense of rhythm and pacing in a scene, making it more enjoyable and engaging for readers. And finally, by focusing on the key beats in a scene, writers can often cut away unnecessary dialogue and description, resulting in a leaner, more efficient script. Simply put, beats are essential to creating effective scenes in a screenplay. without them, stories would quickly lose their forward momentum and fail to engage readers on an emotional level.

What Should a Scene Include?

When writing a scene, it is important to include all the necessary elements in order to make the scene effective. This includes the setting, the characters, their dialogue, and the action. The setting helps to create the mood and atmosphere of the scene, and it should be well-described so that readers can picture it in their minds. The characters should be developed enough that readers can understand their motivations and what they hope to achieve in the scene. Their dialogue should be natural and reveal something about their personalities. And finally, the action should move the story forward and keep readers engaged. By including all these elements, writers can create an effective scene that furthers the plot and brings readers deeper into the story.

Should Scenes Be Short?

Should scenes be short? This is a question that has been debated by film directors, screenwriters, and editors for years. There is no easy answer, as there are pros and cons to both short and long scenes. On the one hand, short scenes can provide a much-needed break in the action, allowing viewers to process what they have just seen and providing a chance for the director to reset the scene. Short scenes can also be used to build suspense or revelation, gradually revealing information to the audience in an effective way. On the other hand, long scenes can allow for more character development and allow the viewer to really get lost in the world of the film. In addition, long scenes can provide a sense of scale and scope that might be lacking in shorter ones. Ultimately, it is up to the director to decide whether to keep scenes short or let them play out in all their length.

How Can Scenes Be Written Better?

How can scenes be written better? How can action sequences be made more interesting, or described in a way that makes them easier to visualize? How can characters be introduced so that they feel fully fleshed out, and not simply like plot devices? Writing a great scene is essential to any story, but it can be difficult to get right. Here are a few tips to help you write better scenes.

First, focus on the basics. A scene should have a specific purpose, whether it is to further the plot, develop the characters, or create tension. It should also have a clear beginning, middle, and end. Without these elements, a scene will feel aimless and unfinished.

Next, make sure your dialogue is sharp and to the point. Characters should sound like real people, speaking in a natural way. Avoid exposition dumps, or having characters state things that are already obvious to the reader. Instead, let the dialogue flow naturally and let the characters reveal themselves through their words and actions.

Finally, don’t forget about description. A well-written scene should give readers a sense of time and place, without resorting to long paragraphs of dull exposition. Pay attention to the small details that can help set the scene, such as the time of day, the weather, the season, the location, and the characters’ body language. A few well-chosen details can go a long way towards immersing readers in the story. If done well, they should be so engrossed in the scene that they forget they’re even reading. In short, a good scene should transport readers to another world, and make them feel like they are witnessing the events unfold firsthand. With a little practice, you can learn to create scenes that will stay with readers long after they’ve turned the final page.