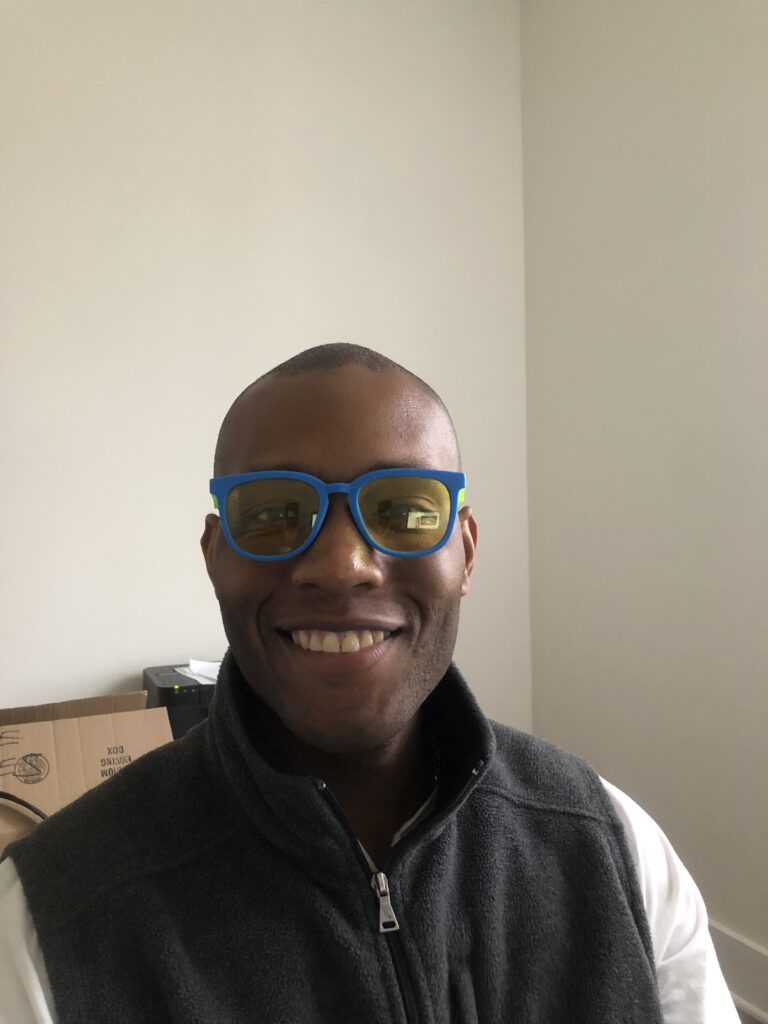 The benefits of blue light glasses from knockaround can help screenwriters that spend long hours in front of their computer screens working on their scripts.

If you’ve ever found yourself tired and irritable while writing, it could be because you had been spending endless hours staring at your computer screen.

That results in you feeling tense, unfocused and with a debilitating headache. It’s also from blue light. Blue light sounds harmless, but without the ability to block it out, it’s actually hazardous for one’s health.

The spectrum of light is a range of colors. It ranges from blue-violet on the low end to red on the high end.

How Do People Get Exposed To Blue Light?

The dangers of sun exposure are well known at this point in time. The sun during the day is the main contributor to blue light exposure.

Those who choose to stay indoors to Netflix and chill or play video games are not safe from blue light. Smartphones, TVs, artificial lighting and computer screens also emit it.

Despite the fact that digital devices emit a small amount of blue light compared to the sun, the number of hours spent in front of them can cause fast and cumulative effects on one’s health.

Why You Should Be Concerned About Blue Light Exposure

Like anything that is healthy for us, it’s good to have it in moderation. Anything had in excess isn’t good. Blue light is no different. Our bodies need it, but it doesn’t need a lot of it.

Even though exposure to it has some positive benefits, the digital world has people getting overexposed to it making it very unhealthy. Blue light glasses minimize the overexposure.

The circadian rhythm, which is also called the sleep/wake cycle is regulated by blue light. This tells us when to go to bed and wake up.

In addition to coffee and energy drinks, blue light from the sun also plays a role in giving energy and wakefulness. Isn’t that great? Brace yourself for the negative.

Late night email checking and sleeping with the TV on can interfere with our sleep patterns by exposing us to blue light. Blue light blocking glasses is a way to fight back against the blue light and get quality sleep.

A lot of things can affect the quality of sleep we get. Many situations like a stressing over an exam or a neighbor making noise can cause a sleepless night.

Unbeknownst to us, blue light can be very sneaky in how it affects the body. It causes melatonin to be suppressed, which is a hormone that regulates sleep and wakefulness.

Sunsets look red because blue light is less pronounced in the sun’s rays at dusk. This is when the body prepares for sleep since this enables the body to produce melatonin.

Blue light exposure via electronic devices and artificial light during the night disrupts our circadian rhythm, making it difficult to go to sleep or get quality sleep.

According to medical studies, exposure to blue light over long periods of time can damage your eyes. Who hasn’t dealt with eye strain from staring at the computer screen for a long time?

These days, with how much people use their cell phones, tablets and computers, it’s been exacerbated. When we relax, we typically are doing activities like gaming, reading on a tablet, and watching TV, which exposes us to blue light.

How Is Eye Strain Caused by Blue Light?

Nowadays, the digital world does not behoove the health of your eyes. The cornea and lens of the eye are not able to filter the strong blue light from reaching the retina.

Gradually, damage is done to the cells which are very light sensitive. As we get older, the damage makes us more vulnerable to eye diseases. Among those diseases are macular degeneration and cataracts.

Young children are at an even greater risk as their lens are more transparent than adults, which allows more blue light to enter.

One scientific answer to this could be because blue light has a short wavelength, which scatters in the eye, minimizing the contrast and making it hard to focus.

Tips For Dealing With Blue Light

To protect your eyes and get quality sleep, you should try to:

Do They Actually Work?

As I’ve said in this blog post, our world makes it damn near impossible to escape the clutches of the dreaded blue light.

So the question remains, do they actually work? As a matter of fact, a market test on GUNNAR Optiks Digital Performance Eyewear saw patients prove wearing blue blocking glasses equated to less time that the eyes were exposed. Standard market research techniques were used to analyze the final results.

When you experience the symptoms listed above, productivity decreases. Blue light glasses make it possible to stay focused on whatever you’re doing without suffering from the effects of blue light.

Can Blue Light Glasses Be Worn All The Time?

Now that I explained how they can help the health of your eyes and minimize harmful symptoms, your top question is probably can you wear them all the time. Even though it’s not necessary, it’s safe to be worn all day.

Think of them as a pair of Air Jordan shoes. People don’t wear them just to play basketball. As a matter of fact, there are people that would rather be shot dead than to scuff up their new Air Jordans playing basketball.

Among the many benefits of blue light glasses from knockaround is that they’re a lot like Air Jordans in that they don’t have to be worn only for writing or any other computer related task. These are far from your typical blue light glasses.

Knockaround allows you to customize your glasses to your liking and give them a more chill look. These are glasses that beg to be worn 24/7 and with how much time people spend in front of screens these days, why not wear them 24/7?

They’re stylish and for any kind of outfit and can be worn casually. Don’t worry about standing out like a sore thumb either. If you like, you can customize it to just be regular looking with black frames. Whatever floats your boat Knockaround can deliver.

Can They Be Worn Outside?

One of the several benefits of blue light glasses from knockaround is that they’re engineered to be worn on any occasion. Even when you’re outside.

You might be thinking since the sun has blue light in its rays, can you wear them outside too? Absolutely! Knockaround’s blue light glasses are made to filter out all blue light no matter the setting, so knock yourself out.

Every job has its own specific set of tools. If you’re a screenwriter, it’s no different.

You’ll need a computer to write on, screenwriting software to craft your screenplay, a pen and paper to write ideas down and blue light blocking glasses to protect the eyes from the exposure that’s released from your screen.

It’s become an essential tool that you should not go without this day in age, so invest in a pair. It’ll help you in the long run.